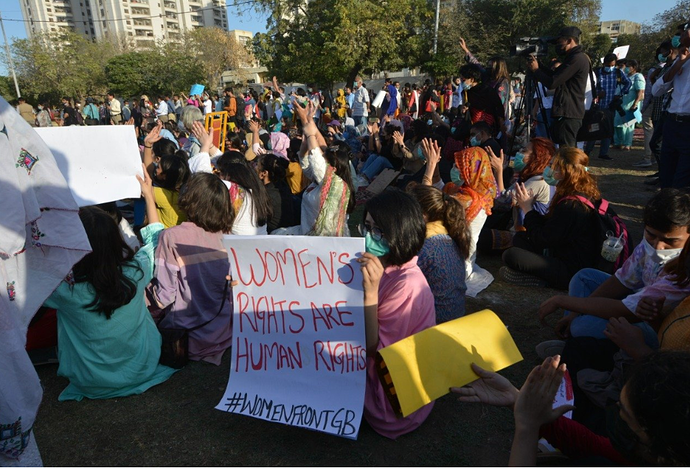 National Assembly standing committee on religious affairs and interfaith Harmony on Wednesday directed ministries of interior and law and justice to furnish details of the action taken against elements behind displaying the “objectionable” material in the Aurat March held on March 18.
The meeting was presided over Maulana As ad Mehmood , expressed indignation over ‘sacrilegious’ banners , slogans and placards displayed in the women march and declared it unethical , against the Constitution and contrary to the teachings of islam.

The panel sought details about the non-governmental organizations that participated in the march and source of their fundings.
Chairman Mehmood said the impious slogans displayed in the march could not even be repeated.
The forum also discussed the “absence” of government authority on blasphemy and printing non-islamic writings. 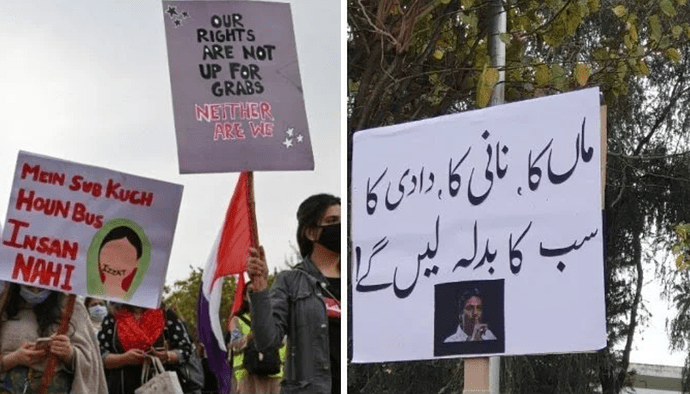 Chairman questioned the committee that " is there any authority in our country to review and take action on controvertial writings"
To add a report by UK titled “suffocation of the faithful , the persecution of Ahmadi Muslims in Pakistan and the rise of international extremism” was also condemned by the committee .

This resolution was presented by PTI’s Jam shed Thomas , member of the committee .
This action is internal state affair by committe.

Do you think this action would work in future in discontinuing the non-islamic affairs ?
Source : express tribune

And at least our government woke up

We don’t need Aurat March but an Aurat Tahreek which forces government to pass bills to prevent torture and physical beatings. This march is nothing but an event where self-proclaimed bloggers come to get little attention and have no serious intentions

Good step… Whatever spreads vulgarity should be condemned.

Most of these women bring their maids to the March because they know no one would show up. how ironic it is to see the same women wanting rights while exploiting their very kind in their own homes Lol

Appreciable!! This vulgarity must put to an end.

Great step🖒But now, as seriously as they have started working on it, bring it to an end in the same way.

Informative🖒🖒 keep it up dear❤

Hoping that it would work evenly

hope is the thing with feathers

exactly they have no portfolio there fore they have failed either