On Independence Day, Pakistan will secures its Security with Afghan border by completing a 2,640 km fence

In the wake of rising uncertainty in Afghanistan due to the departure of the US forces, Pakistan on Monday announced that it would complete the fencing of its border with the war-torn country in August.

Amid suspicions of a new Afghan refugee pressure due to the agitation in the neighboring country, Pakistan announced that the fencing work with the Afghan border would be completed by August 14. Afghan border fencing is about 2,640 km land border started in March 2017 after a spate of attacks from across the permeable border. 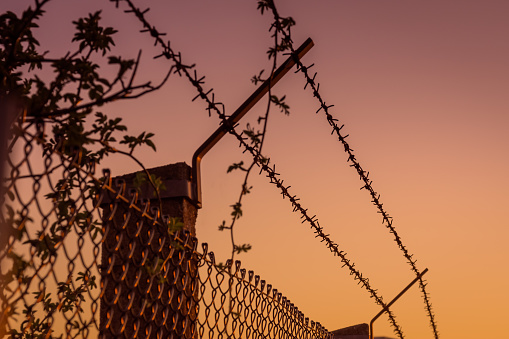 barbed wire in the orange sunset

barbed wire in the orange sunset

Decades of war have to pull Afghans out of their country, most utmost into Pakistan to the east and Iran to the west.

According to the UN refugee agency, Pakistan is the hometown of 1.4 million refugees while Iran has almost a million.

Whereas the number of unauthenticated Afghans in both countries is much higher. Pakistan has already closed out taking any more refugees.

Rashid suggests refugees move back to their county before August 14 or renewed visas through online application with no fine.

The minister said the cyber-crime wing also developed on modern lines to improve its performance and competence.

A new policy of verification and renewal was also introduced by Nadra for CNICs.

Rashid said that India and Israel have originated a hybrid war upon Pakistan, and desired to put a question mark on Nadra data.