Pakistan is one of the countries in the world whose media industry was one of the lowest selling one during the early 2000s. But that’s not surprising, given the kind of content which was created during the last couple of decades, which was not even appreciated by the Pakistanis themselves. It was limited to the audience not very literate and those who didn’t have many options for entertainment other than watching such films. And there’s no denying to the fact that some even did enjoy it.

However, since the past few years there’s been a change in the Pakistani media industry to which some refer as “revolution of the industry”. With new people coming forward, new talent and creative ideas have been seen in Pakistani content, which consists of films, dramas, music and YouTube content. Such production has paved its way in international media and has gained much appreciation and applause from the viewers abroad.

These ideas introduced by young generation specially have succeeded in gaining recognition all over the country and beyond. But where there is appreciation, there is criticism too. And I think most workers and content creators are ready for all kinds of feedback and opinions on their work. But now, with the wide use and access of social media which provides as a platform for almost everyone to express themselves, it is now seen that critics are not found in magazines or newspapers only. In fact, this era now allows every other person to post or comment how they feel about a content. This may also have played a vital role in the betterment of the media industry products over the years, as it provided to them the opportunity to examine and asses what the public enjoys the most.

But it is seen that many times the viewers forget that there are limits and rules to even criticizing something. Often a content which is not well created becomes a target of jokes, offensive memes, hate comments and sometimes even cyber bullying. Even the creator of that content becomes a target too.

The most recent example of such trolling in Pakistan has been the new Anthem of Pakistan Super League (PSL) 2021. It was sung by the very famous artists named Naseebo Laal, Aima Baig and Young Stunners (Talha Anjum and Talha Younas). All these artists gave such outstanding songs and hits. They are internationally known artists who have made Pakistan proud all over the world. Still with the release of the PSL song named “Groove Mera” in February of 2021, almost a week prior to the start of PSL, the internet was flooded with criticism of the song. The song consisted of different genres of music and represented 3 artists singing in their own style for which they’re known. Naseebo Laal sang in Punjabi, Aima Baig sang upbeat/rock/pop style music and Young Stunners a well-known rap duet band sang in the rap style. The song presented all three styles of singing very beautifully (which in my opinion was a real catchy one! I still find myself humming it while doing my chores because it is THAT catchy!

). Yet still some or must I say most people found it to be not very creative. Some made fun of Naseebo Laal for the way she sang the English chorus. Some made memes out of Aima’s part and some out of the rap part and artists’ dressings. 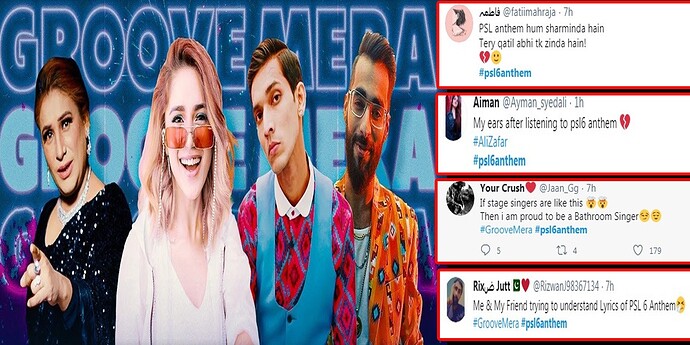 Such viewers sometimes forget that though criticism is their right and is welcomed but there are boundaries to that too. Many of them don’t even know about the term “Positive Criticism” which allows them to express and address the shortcomings of the content but without the hate comments and making fun of the creator and his efforts. An artist puts a great deal of hard work in something they create no matter how it comes out. Criticism should be limited to the point where creator is informed about their flaws and mistakes. Where he or she is informed what the viewers like and prefer instead of turning their dream work into a nightmare for them. There just needs to be empathy and politeness present in criticism too. And the fact that this is just the beginning of the media industry revolution in our country, cut them some slack please! 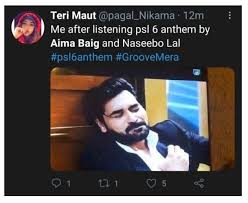 Moreover, criticism on social media does not only end here. Some even get to the point of posting hate comments on celebrities’ personal lives, experiences and choices too. It needs to be understood by the public that such famous personalities are humans just like us! They need some private space too and they can make mistakes too. If they are a “public figure” that doesn’t mean they are bound to accept any sort of comments from the public. Appreciate them and their work. Inform them politely about their mistakes in the work they are passionate about as YOU would like to be corrected on your work. Spread positivity! Peace out.

P.s: What do you think? Is it acceptable to troll someone like that? Let me know in the comments below!

We need to understand that CRITICISM can be done under certain boundaries if the reason of criticism is to bring something towards betterment.

We (Pakistanis) often mess up and degrade the talent sometimes, just because it is new or has never been done before.

Yes exactly! We need to be considerate of other’s feelings and hard work.

Right!!criticism should be done in a constructive way… Demeaning and calling out someone is unacceptable.

Criticism should be in positive way

OMG finally someone talked about this.

Love it you wrote superb👍