The film industry in Pakistan has seen a massive change in the twenty-first century, despite all the shortcomings, like censorship, lack of technology, and religious restrictions, the industry has managed to provide us some fine piece of art that reflects our society and the lives of the common man. Filmmakers and actors have gone one step further and challenged the nation’s controversial blasphemy law, but still, there is a long way to go as this country of young aspirants is also a place of diabolical religious extremism.
Zindagi Tamasha or “circus of life” is a Pakistani Oscar-nominated movie set in the hazy old streets of Lahore. It is a fictional story that revolves around a devout(moulvi) middle-aged man, who had a video of him dancing on an old Pakistani song “Zindagi tamasha” at a wedding go viral on Facebook, the man who was first respected for his singing of devotional Islamic verses is now considered a vulgar, his own family is ashamed of him as he gets thrown out of his house and is nothing but low life in everyone’s eyes. 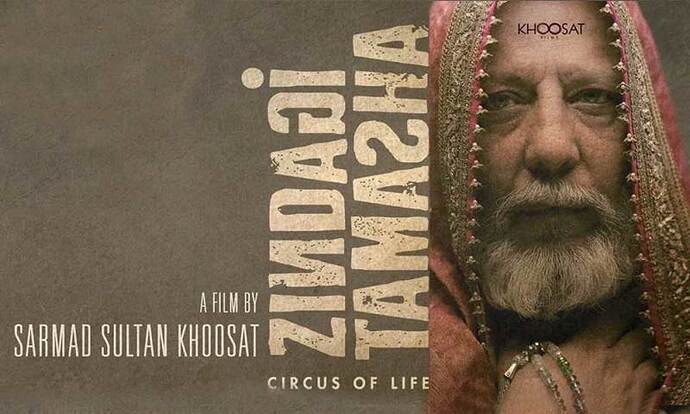 zindagi-tamasha800×480 53.3 KB
He in turn, confronts the person who recorded his video, and points out the hypocrisy that his whole life is a burned mess merely for dancing whereas the moulvies who beat and molest children in madrassah are walking freely, on that statement of his, some renowned moulvi says to him “lagta hai tumhain apni galti ki gehrai ki samajh nai aai, lagwaon naara” the lagwaon naara part means should he place a fake blasphemy charge on him to get him killed.
Just like the protagonist of Zindagi Tamasha, Sarmad Khoosat, the director of this movie also faced a whirlwind of hatred, reports say that he is still getting death threats.
“Who are you to talk against Scholars?” demanded the leader of Tehreek-e-Labaik from Sarmad and soon after that this movie was banned in Pakitan as that extremist group became enraged at the movie’s portrayal of so-called Moulvis that loosely hurl accusations of blasphemy and turns a blind eye to child sex abuse.
“Every government attempts to appease them, because it a risk to anger the mullahs,” says Raza Rumi, the director of park center for Independent media,
“the mullahs have street power in Pakistan” he adds.
So undoubtedly the worst news would be that we Pakistani people aren’t able to watch that cruel yet fascinating piece of reality because of some double standard people in our country and if this goes on, we must get ready to lose more of such gems.
https://youtu.be/Y3zwLrr9TKE
5 Likes
Hani March 24, 2021, 11:50am #2