*Pakistan and India concur to cease fire at the De facto border.* 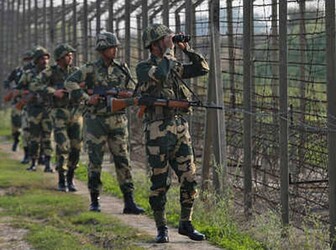 Pakistan and India, the accustomed rivals for ages now in a rare move conceded on the strict observance of ceasefire at the LoC in the disputed region of Kashmir. The DGMO’s(directors-general of military operations) of both the countries over a hotline acceded to an armistice.

A Pakistani military statement declared ”Both sides agreed for strict observance of all agreements, conceptions and cease firing along the LoC and all other sectors, with effect from midnight [on Friday]"
The ceasefire covenant has been signed since 2003 but it is continually infringed by both sides. Last year, Indian small arms, and ordnance fire, and artillery shells exterminated at least 28 civilians and disfigured 257 more in Pakistan-administered Kashmir, according to Pakistan’s foreign office.
Since January 1, Pakistan says Indian forces have violated the ceasefire at least 175 times, wounding eight civilians.

In 2020, Pakistan disregarded the truce along the LoC at least 5,133 times, as a result of which 22 civilians and 24 soldiers were assassinated, as well as 197 injuries, according to India’s home affairs ministry.
Mehbooba Mufti, preceding chief minister Indian-administered Kashmir territory, hailed the ceasefire declaration, saying “the two countries should also instigate a political discussion and reconciliation to bring serenity in Kashmir”.

I doubt that they will abide by this agreement. But who knows? Maybe this is the start of a diplomatic spring between the two countries.

I hope that they abide by the covenant😕

I think India won’t be able to hold back

Most of the people think the same

Yesss if they abide by the armistice