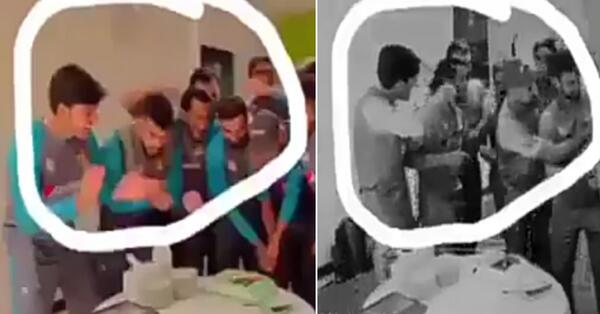 Following the awe-inspiring win against New Zealand in group match of T20 world cup, PCB uploaded a cake cutting celebratory video of players with the stars of match Haris Rauf, Asif Ali and Shoaib Malik doing the honours. Not a single living soul would have thought that serotonin-rushing wholesome video would soon become an argumentative subject, giving rise to a controversy.

Stir-in-pot causing moment was at very end of video which showed Mohammad Wasim Junior, a 20-year-old new player from FATA’s North Waziristan celebrating among everybody else, players were all jolly, feeding each other cake, but when Wasim tried to do same, he was plainly refused, first by vice-captain Shadab Khan, then by senior fast bowler Hasan Ali. Wasim, having been only one to be denied looked curtaining his embarrassment with smile and the cake still in his hand that he had to eat himself. 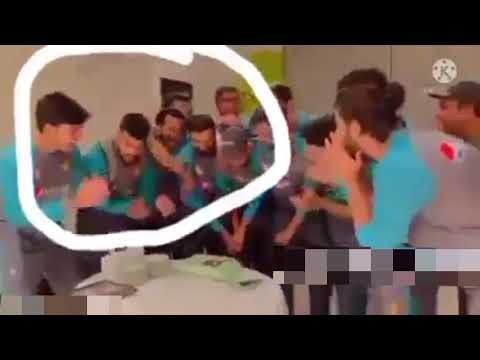 PCB and their social media managers may have noticed this but they undermined how keen-eyed fans are, they scavenge most minuscule of details in such backstage peeks. Viewers pointed it out and lambasted it as discriminatory treatment due to two possible reasons,

(i) Worst case scenario: Wasim jnr’s ethnicity. Which sounds a long shot as this level of toxicity has never been a part of team culture in modern or any era.

(ii) Less worse though still worse: Wasim being a junior player who is new in team. Though we’ve come far from the days of humiliation and hazing for fitting in the pack penned in Shoaib Akhtar’s Controversially Yours, it yet can’t be ruled out completely, specially in subtle form.

Whilst fans have been abusing and criticising Hasan Ali and Shadab, who are known to be closest buddies on and off the field, some have come with justification that they refused Wasim since as professional athletes they have strict dietary regimens, they had had their fair share of sugar. However, Pakistan Cricket Board’s decision to pull down video from all their social media handles instead of clearing the air does them no favour, quite oppositely, it dispenses extra fuel for keeping the raging speculation fire going.