Pakistan Day Parade Postponed due to Inclement Weather and Rain 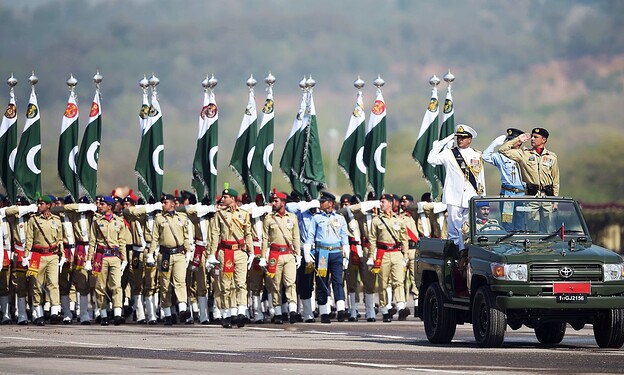 The Pakistan Day parade scheduled to be held tomorrow (Tuesday) has been postponed due to forecast of “inclement weather and rain” over the next two days, the military’s media wing said in a statement on Monday.

The parade will now be held on March 25, according to the Inter-Services Public Relations (ISPR).

“The Joint Services Pakistan Day Parade will now be held on 25th March, 2021 as per program and timings already specified,” it said.

Pakistan Day commemorates the passing of the Lahore Resolution on March 23, 1940, when the All-India Muslim League demanded a separate nation for the Muslims of the British Indian Empire.

We have already discussed all arrangements and SOPs during the parade and it will be held with the usual zeal. However, we have observed that the provincial administrative units and Islamabad are not enforcing the SOPs strictly, therefore, they have all been directed to ensure their implementation," he had said.

yes. Parade will be on the 25th of March