Islamophobia is causing unimaginable suffering to Muslim minorities around the world. It is merely because of populism, hate speech, and lack of knowledge and disinformation. Some commentators have posited an increase in Islamophobia resulting from the September 11 attacks, the rise of the Islamic State of Iraq and other terror attacks in Europe and the United States by Islamic extremists.

Some have associated it with the increased presence of Muslims in the United States and in the European Union, while others view it as a response to the emergence of a global Muslim identity. It said Islamophobia had taken many forms, including negative profiling, discriminatory laws, attacks on women for wearing hijabs, ban on minarets, negative propaganda and disinformation campaigns, deliberate vandalism of Islamic symbols and holy sites, and attempts to link and equate Islam with terrorism. More on forms of Islamophobia
https://youtu.be/VchgteNBEQg
Because of this unbearable situation and threats to Muslims’ lives and identity all around the world, Pakistan presented a resolution to designate March 15 as ‘International Day to Combat Islamophobia’, at the 47th Session of the Organisation of Islamic Cooperation (OIC) Council of Foreign Ministers (CFM) held in Niamey on November 27-28, 2020. 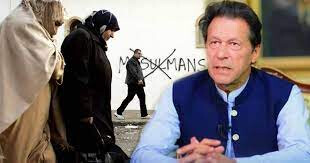 In a statement, Foreign Office Spokesman Zahid Hafeez Chaudhri said: “Prime Minister Imran Khan has been the leading international voice in raising awareness on the grave consequences of rising systematic Islamophobia and in promoting inter-faith harmony.” The resolution was unanimously adopted by the CFM. The OIC is now working with the international community to commemorate this day at a global level. The Foreign Office in a statement said the OIC’s unanimous support for the designation of this day was a reflection of the sentiments of billions of Muslims around the world. Pakistan joined the OIC on Monday ,15-3-2021 observing the first-ever ‘International Day to Combat Islamophobia’. Marking this occasion, the OIC Group also held a high-level event in New York on March 17. 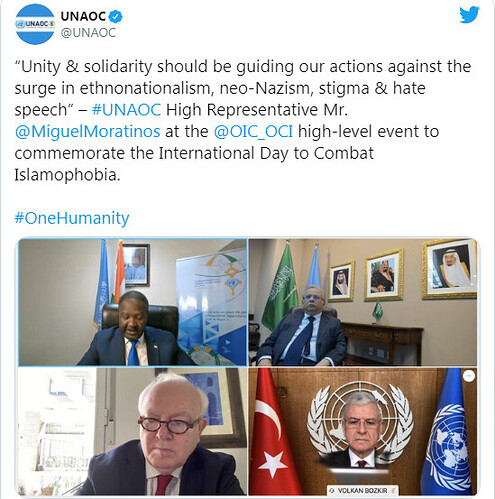 In Sha Allah…May Allah protect us from evil

Great news to hear today and at this hour especially

May we find peace sooner. Ameen!!!