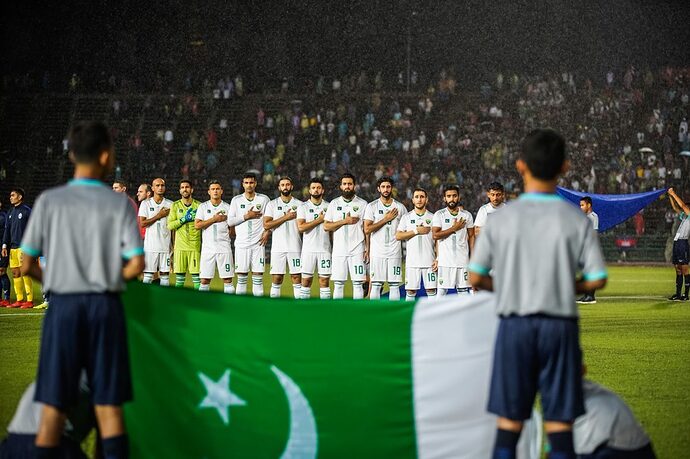 Pakistan team was last time into action in June 2019 in World Cup Qualifiers when they lost to Cambodia 4-1 on aggregate due to the Political issues Pakistan Football Federation was facing. After it, Normalization committee was formed by FIFA. Since then, there was No football played due to the Covid pandemic, by the national team.

Finally the Pakistan Senior Men’s National Team will be back in action this summer when it gathers for a series of training camps to prepare for September’s SAFF Suzuki Cup 2021.

PFF Normalization Committee Chairman Mr. Haroon Malik said: “The men’s national team being called finally back in action is a momentous breakthrough for the Pakistan Football Federation. The camp is being organized immediately after Eid in preparation for international competitions. The Pakistan Men’s National Team will be competing in the SAFF Suzuki Cup this September and the FIFA Windows — for which we’ve approached all AFC Member Associations. PFF is focused on greater impact and investment for the betterment of the game. We all Play for Pakistan!”

There will be 3 Training Camps for the National Team before the SAFF Cup and PFF also has announced to play Friendlies with other Asian Nations during the international breaks, May 31 to 15 June, August 30 to September 7, October 4 to 12 and November 8-16 this year.
Below is the schedule provided by PFF: 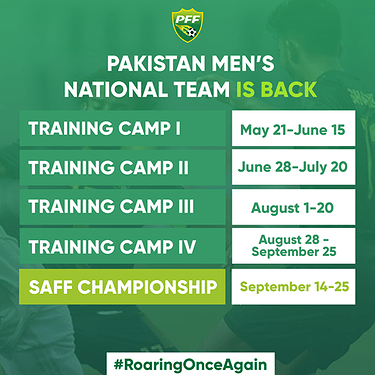 This will help the Men’s Team to climb up the ranking who are currently placed at 201. We might also be able to add another SAFF Cup to our trophy cabinet. This will also help our National team to prepare in the long run for WC Qualifiers in 2023.
Pakistan Zindabad!

good, lets hope that they would become champ.!

did you know where was the previous team?

unfortunately the whole team was slip in Japan…! the entire team with some officials…Imagine dear imagine.!

I can’t understand what you mean.
National tams are not always together. Players play in different clubs. Last time they played in Doha in 2019.