Pakistan ranked 2nd most polluted country of the world 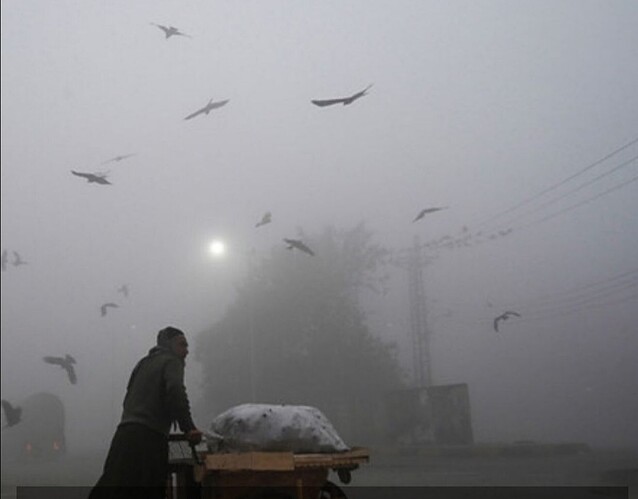 “Pakistan has shown numbers that have come in very poorly in the past, with many of its megacities creating vast amounts of smoke, haze, and deadly smog that permeates the air,” said the World Air Quality Report 2020.

According to IQAir Global Air Quality Report, Pakistan has been ranked as the second most polluted country. The draft further stated that BIG industrial cities such as Karachi, Lahore, Peshawar, and Faisalabad have been included in the list of the most polluted cities in the world.

Furthermore, the document termed emissions from traffic congestion due to disorganised transportation, industrial and power plants running on fossil fuels and improper burning of solid waste as the major causes of environmental degradation in the country. It added that as much as 71,000 tonnes of solid waste is generated daily from the larger metropolitan cities of Pakistan but there is no proper system of disposal.

SAMAA TV reported, that last year the PM2.5 concentration in Pakistan was over five times more than the World Health Organization’s (WHO) recommended air quality level. The particulate matter in Pakistan stands at 59, falling in the unhealthy category and over five times higher than WHO’s recommended level of 10ug per metre cube. The cleanest city in the country is Islamabad with an AQI of 110. The most polluted city is Lahore – also the world’s 18th most polluted city – with an AQI of 163, also reported SAMAA TV. The report details of 2019 go as follows:

IQAir also said that more than 20% of the deaths in Pakistan can be linked to the negative impacts of air pollution exposure. Experts say that the air in this country can be lethal for people with asthma and may result in healthy children developing the disease. Even though the COVID-19 pandemic brought about a temporary improvement in the air quality levels, an earlier study, shows that between seven and 33 per cent of deaths from coronavirus worldwide can be linked to long-term air pollution. These deaths may have been prevented by reducing human-made air pollution, IQAir concludes.

“If Pakistan’s government is successful in following their recent plans to reduce air pollution, the reward will be longer and healthier lives for Pakistanis.”
(Michael Greenstone, Distinguished Service Professor in Economics, Harris School & College; Director, Epic)

It added that as much as 71,000 tonnes of solid waste is generated daily from the larger metropolitan cities of Pakistan but there is no proper system to dispose of it efficiently. The report further said that the government has initiated several programmes to cover up environmental damages in the country with the introduction of the electric vehicle policy. Apart from this, the government has started importing relatively environmentally-friendly Euro-V compliant fuel. This was also published in The Express Tribune.

Moreover, it highlighted that the government has shut down industrial units in 12 of the most polluted districts for two months during the summer season to mitigate environmental pollution while brick kilns across the country were being shifted to the environmentally-friendly Zig-Zag technology.

What measures can we take currently to possibly reverse this calamity in your opinion?