Pakistan’s woman is no less than anyone. Car oil changer 'Jamila Bibi' proved it!

If a person has the courage and high spirits, then no obstacle can stand in the way of running the wheel of life, the women of Pakistan are not less than anyone, and this was proved by Jamila Bibi of Karachi.

Jamila Khatun, a resident of Ranchhor Line area of ​​Karachi, became a widow 35 years ago and then did not give up but became the breadwinner of the house. After the death of her husband, Jamila Bibi started changing the oil of cars in a cabin at an early age and started running the house. People criticized her but Jamila did not give up and continued her work.

“I don’t look back,” she said. She supports and teaches her family as well as her late son’s children.

The grandson said that he has been watching his grandmother’s work since childhood, helping her after his education. Jamila Bibi’s customers say that they have been working with her for a long time because of the reasonable price. Jamila Bibi, who has been supporting her and her late son’s children for 35 years, is getting older and her strength is declining, due to which she now only changes the oil of the motorcycle.

Jamila Khatun has appealed to Prime Minister Imran Khan to set up a small shop. Countless women in the country are raising their children as the sole breadwinner of the home without any support and are hoping for some better help from the government so that old age can go on peacefully. 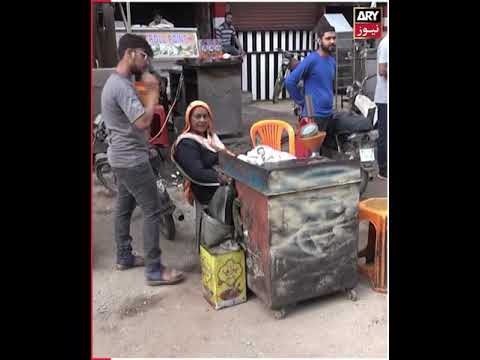 MashaAllah! A living example of determination and hardwork.