As Palestine is bleeding and under attack for many days and innocent men, women, and children of Palestine are a victim of this brutality, It is heart-wrenching. Most of the Pakistani Celebrities have come forward and take lead in Supporting Palestinian people. 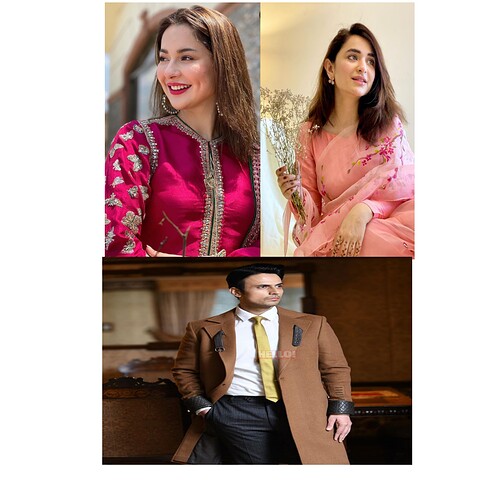 Recently Hania Amir posted a Video where she seems to be ashamed of herself for living a luxurious life and posting Eid pictures instead of talking about Palestine and its condition. 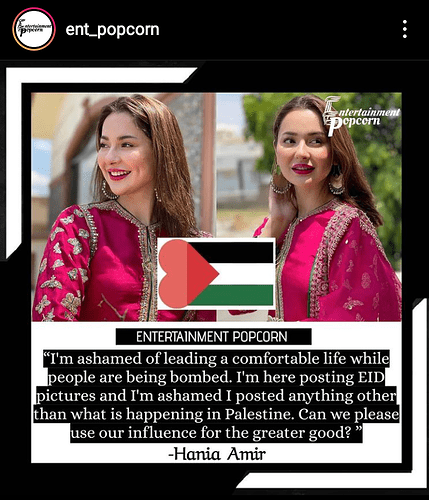 She said:"Be a better human"

she has also changed her profile into the Palestine flag and keeps posting about attacks on Palestine and Gaza. Along with this, she has also spotted in protest against Israel held in Islamabad. 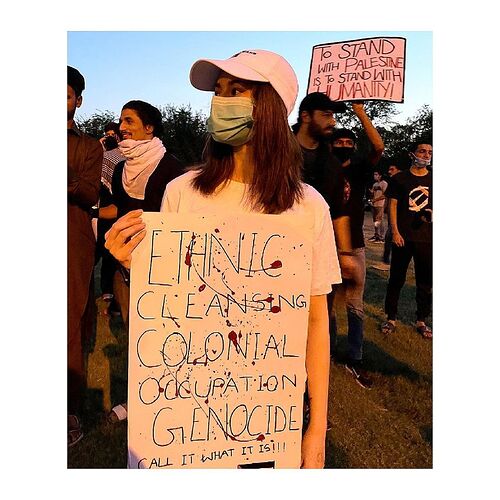 Yumna Zaidi, a renowned Pakistani actress with 4.2 Million followers shared a video on her Instagram account where she expresses a great gesture in support of Palestine. 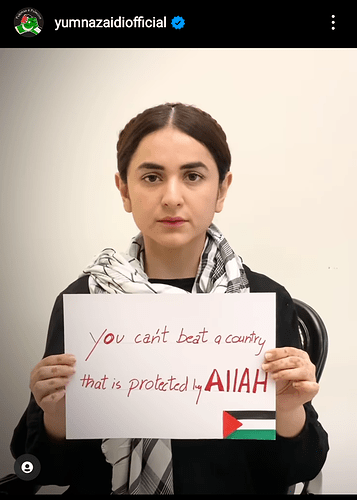 Usman Mukhtar Pakistani actor, cinematographer, and director has delayed the release of his new film Bench which was supposed to release on YouTube on the 20th of May. He says that he will release it in a happier time. 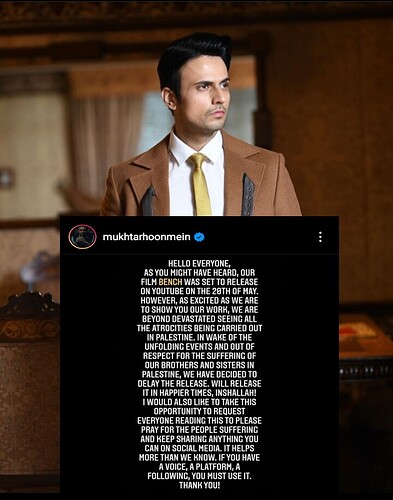 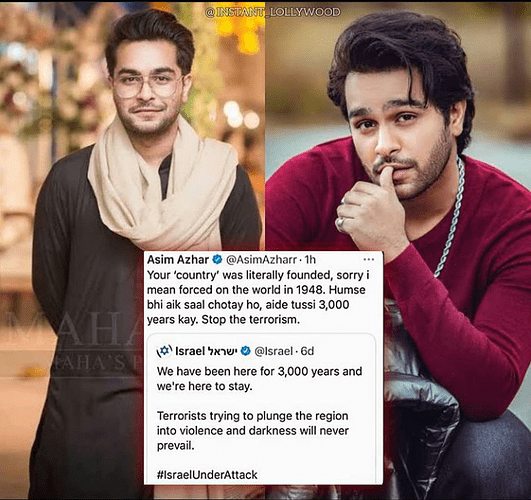 Sheheryar Munawar who has been speaking in favor of Palestine, urged his fans to not stay quiet and show the dark face of Israel to the world. 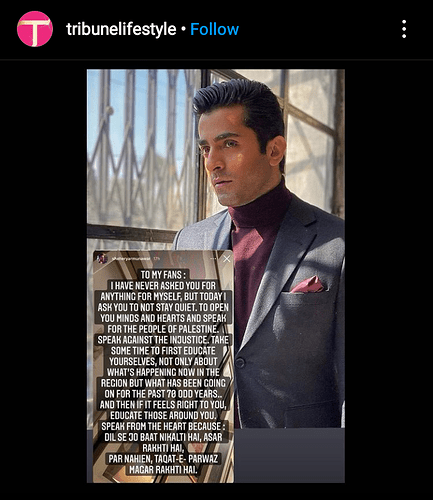 Rabia butt has also shown a great gesture by wishing to go and help Palestinians. 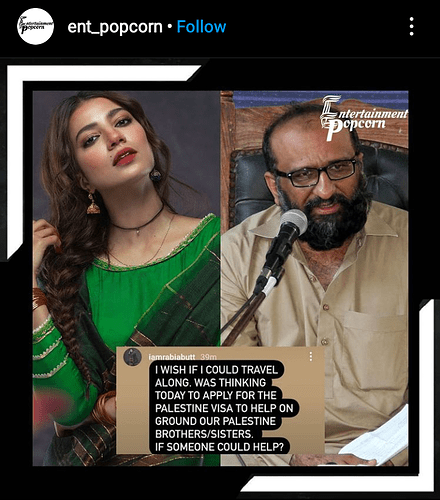 There are many other Celebrities from Pakistan as well as from other countries who spoke out against this Genocide and the Zionist terrorist state of Israel.

Remember this effort will differentiate on the day of judgement between you and those who remained “Silent”. And all those who are saying " iska kia faida" should think "why all our posts are removed right after we post against Israel?"

What is your stance on it?

Share your political as well as social views on this. 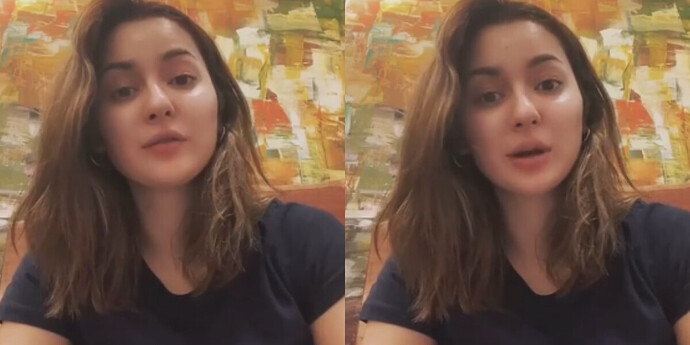 Why Hania Aamir Feels Ashamed Of Herself?

Pakistani actress Hania Aamir on Sunday cried her heart out on Instagram and said she is ashamed of herself for living a comfortable life whereas, Palestinians 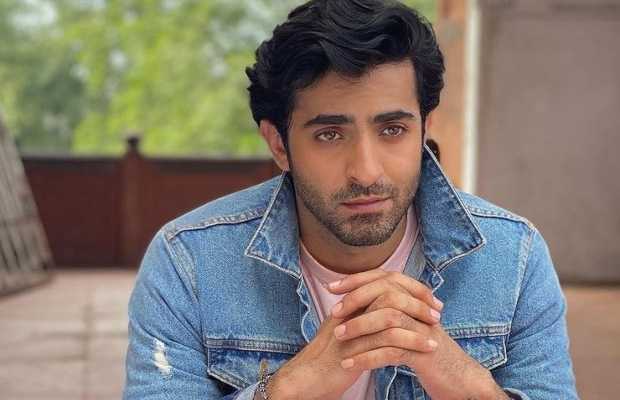 Sheheryar Munawar urges people to speak against ‘injustice’ in Palestine -... 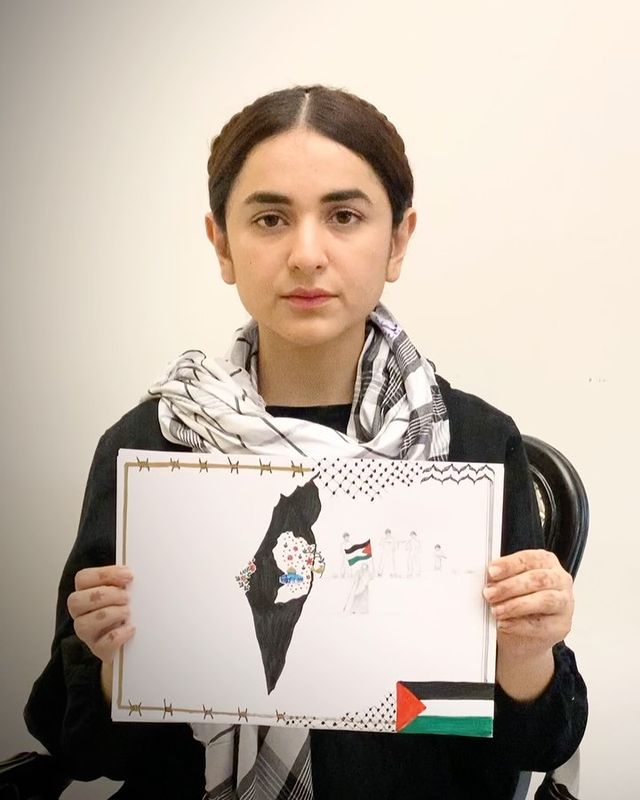 Yes! And this what making them bother. In fact, the Palestine map is also blurred on Google map.
They are so worried about this act that they started deleting all stories and posts against them.
And people think “iss sy kia hoga”?

Exactly! We are not ready to understand the media’s power even after knowing Israel’s attack on media company in Palestine so that they can not show the darkest side of Israel to the world.

We should not think “is se kia hoga”
Instead we should also play our roles as much as we can either by posting or by donating.

We are Muslim and being a muslim we should feel the pain of another muslim
Speak up ,risk position and privilege . DOESN’T have to be on social media but it has to be somewhere.Write the letter ,sign the petition.Do it at work Do it at least home.war crime after war crime .And you know ? Your effOrts means a lot for all of us …
Great work​:fire:

This is what we need to understand!

Much pathetic!
Feeling really down !!!
But pleasure to know about our actors that are playing their parts in this sorrowful time

Thank you so much!
Means alot…

Beshak!
And thanks for appreciation!

Very happy to see this that our nation is doing so