Pakistani cop made 16-foot long motorbike, claimed it to be the longest in Asia 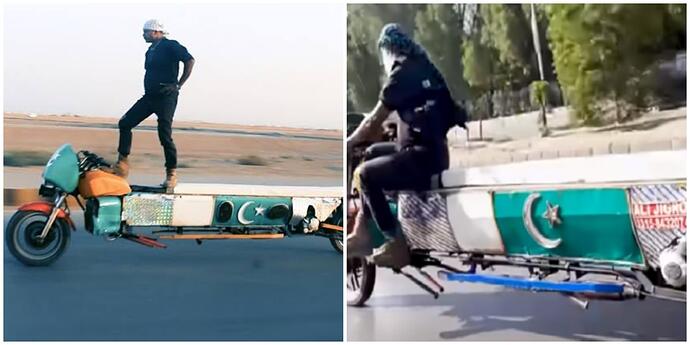 Have you ever thought that a dozen people would be able to ride on a single motorbike? Never! A maximum of 4 people can ride on a bike, but a Pakistani cop made a 16-foot long motorbike that can carry 12 people at once.

Ali Muhammad Memon is a Pakistani cop and bike enthusiast who has made a 16-foot long bike from scratch. He has also claimed that it is the longest motorbike in Asia.

He further said that the reason to develop this gigantic bike is to get the fame for Pakistan in the world. He also believes that no one can break his record.

This 16-foot long and huge motorbike has many features, and some of them are: 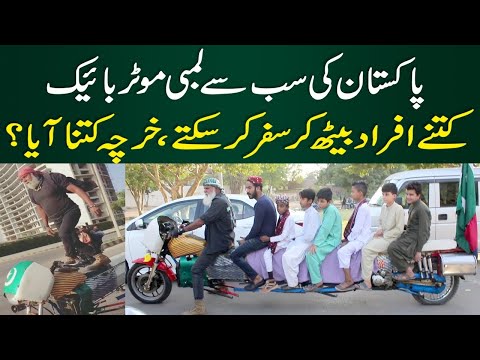 In addition to this, the bike enthusiast also performed stunts on his self made motorbike.