Lina Khan is a Pakistani origin, a tech critic and an associate professor of Law at Columbia Law School and she is also an antitrust law expert. Previously, she was counsel to the US House Judiciary Committee’s subcommittee’s 16-month probe into a number of tech companies like **Amazon, Facebook, Apple and Google ** also published a 400 page investigation report through that investigation. 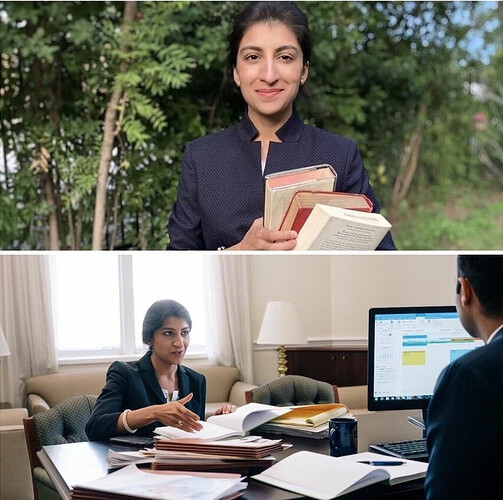 Khan has also published a legal paper called "Amazon Antitrust Paradox and soon after publishing she got a burst onto the antitrust scene. Her paper got popular among the tech critics. Khan has previously work as a legal advisor to Rohit Chopra, the commissioner of FTC. She is also awarded several awards on her antitrust scholarship and her work has been published Harvard Law review, Yale Law review, Columbia Law review etc. Lina Khan is a graduate of Williams College and Yale Law School.

On Monday, President Biden announced his intent to make Lina Khan, the head of US Federal Trade Commission. People believe that Lina Khan’s nomination is a sign that Biden’s administration may be the toughest, when it comes to tech.

Earlier, the US government also signaled that it plans to introduce some legislations this year, which will strengthen the role and influence of FTC over the tech. Also to increase the fundings, so that they could file cases of antitrust against big tech firms. These steps will help the Democrat’s government for better law enforcement by agencies like FTC take on antitrust cases against the tech firms.

Yet the law formulation and implementation is needed to improve the influence of FTC of big tech firms. Once the US congress and the administration get to work on the issue of antitrust by big techs, then FTC will be able to pose a significant threat to the giants of tech.