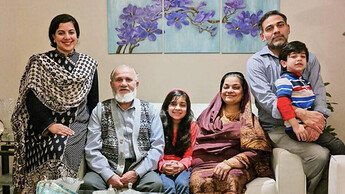 London, Ontario. A family of 5 has been killed in a hate attack against Muslims. The 20-year-old attacker drove his pick-up truck into them on purpose. The departed include 44-year-old Madiha, her 46-year-old husband Salman Afzaal, 74-year-old mother-in-law & 15-year old daughter. Her 9-year-old son Fayez Salman has survived with serious injuries but his life is out of danger, according to doctors.

The murder suspect, a Canadian national has been apprehended by police, his name has been told as Nathaniel Veltman. 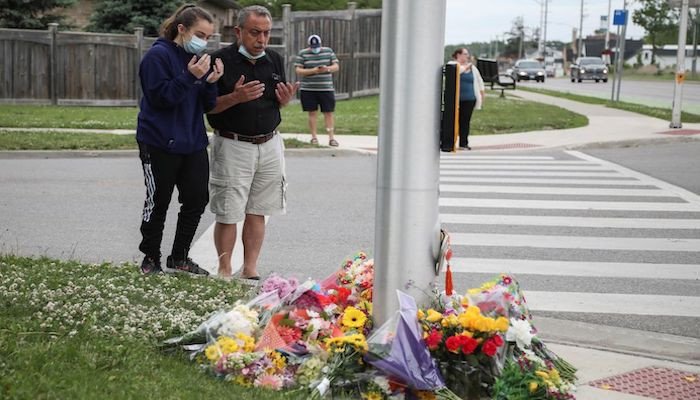 Canadian Muslim family immigrated from Pakistan about 14 years ago, according to media reports 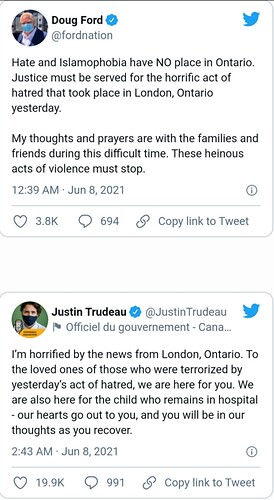 I came to know about this sad incident because of your news. Fast reporting. Keep it up.

We never know when our time is up in this world. May Allah give them comfort and grant them a place in jannah, and may Allah protect, guide and bless the injured child.