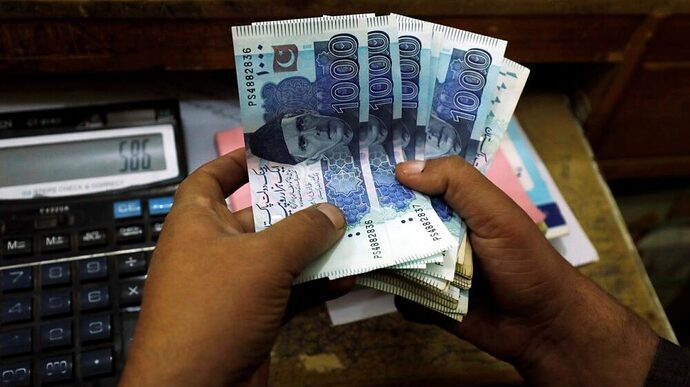 Going by the metric of rising against the US Dollar (USD) in the international currency market, the Pakistani Rupee (PKR) has emerged as the world’s best-performing currency after it jumped by more than 4 percent against the dollar in January to March this year.

This climb can primarily be attributed to massive foreign exchange inflows from several sources such as remittances from overseas Pakistanis through the Roshan Digital Accounts (RDAs), the International Monetary Fund’s (IMF) resuming its loan program, Pakistan’s issuance of Eurobonds, and more anticipated inflows from other multilateral institutions. 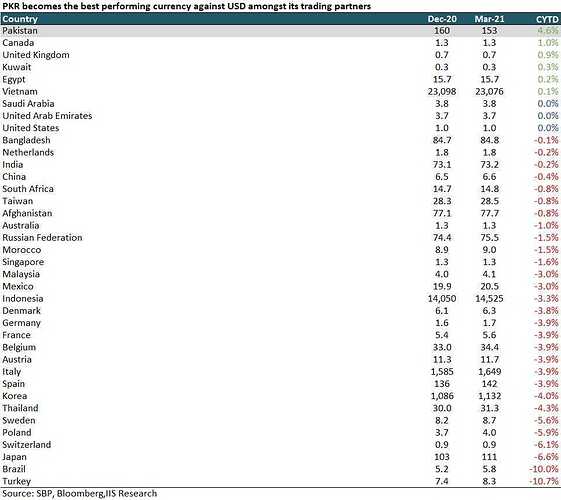 The CEO of Tangent Capital, Muzammil Aslam, cited Bloomberg data in his tweet that read: “PKR has been the world’s best currency against USD from January 1st to March 31st”.

The PKR has improved by more than 4 percent against the USD since the beginning of the current calendar year, trading under Rs. 153 in the interbank market as of yesterday (Wednesday, 31 March). According to data from Bloomberg, the PKR is also one of the four world currencies that have posted gains versus the greenback together with the Canadian Dollar, the British Pound, the Saudi Riyal, and the Norwegian Krone.

Aslam also said, “It’s good to celebrate but it’s equally [a matter of] concern to maintain competitiveness. I’m for gradual changes than abrupt,” adding that “The sudden fluctuations in the currency don’t give a good signal to the markets and businesses”.

The PKR crossed the barrier of Rs. 153 to the USD after the IMF announced the resumption of the bailout package and the tranche of nearly $500 million for Pakistan.

The issuance of Eurobonds that fetched Pakistan $2.5 billion from the international debt market further acted as a stimulus for the appreciation of the PKR against the USD when Pakistan received subscriptions of $5.3 billion in combined orders for the bonds.

A part of this exchange rate movement also came from the USD’s side as the global lockdowns and the increasingly stringent measures have led to lower smuggling and lower legal trade, pressuring down the demand for the USD. Additionally, subdued international traveling amid the COVID-19 restrictions had a similar outcome.

There are, however, concerns about the negative impacts of sharp currency movements. Aslam noted that “It is good to celebrate (the strengthening of the rupee) but equally important is to maintain competitiveness. I am for gradual changes than abrupt”.

The Head of Research at Arif Habib Limited, Tahir Abbas, spoke to the media and concurred with Aslam. He said that the excessive inflow of dollars has supported the rupee in maintaining the uptrend.