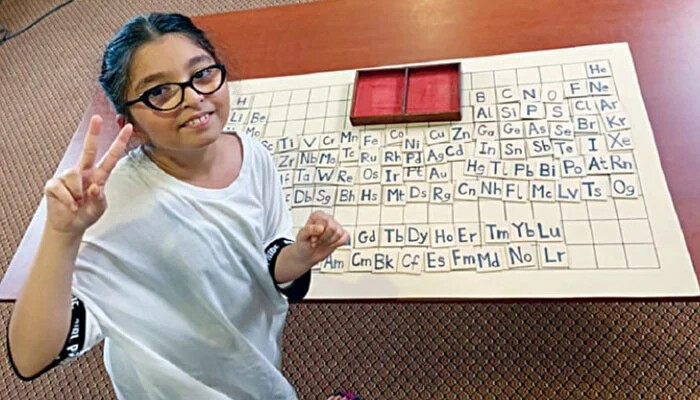 Natalia, a promising student from Lahore, has broken the world record for making a periodic table and added her name to the Guinness World Records.

Indian chemistry professor Meenakshi Agarwal set the record for the periodic table in 2 minutes and 49 seconds, while Natalia set a new record by 7 seconds.

Natalia’s mother said that her daughter has been interested in science since her childhood. During the Corona Lockdown, Natalia memorized the elements of the table and made the country proud by setting a world record.

The mother said Natalia wanted to be a biochemist in the future.

It should be noted that this award of Periodic Table was held by a Pakistani even before India.