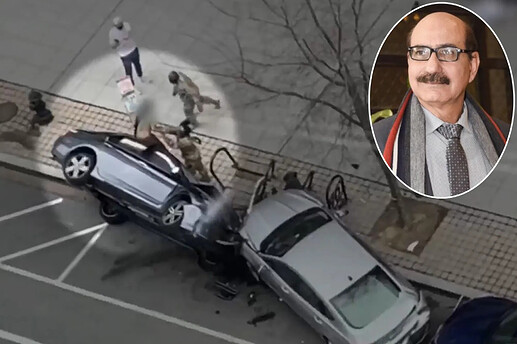 Two teenage girls have been charged in the death of a Pakistani-origin Uber Eats driver in Washington D.C. Mohammad Anwar, 66, from Springfield Virginia, was killed last week. The girls were 13 and 15 years old. They allegedly assaulted Anwar with a Taser while trying to steal his car in the Southeast part of DC. This led to a car crash that left him fatally injured. The girls have been charged with felony murder and armed carjacking.

A video posted on Saturday shows the encounter unfolding in a minute and a half, ending with Anwar’s Honda Accord on its side, the girls climbing out and a fatally injured Anwar sprawled and motionless on the sidewalk. By Sunday afternoon, the video had been seen at least 5.5 million times on Twitter. The video is here

Appalling footage of the carjacking near Nationals Park in Washington D.C. on Tuesday that resulted in the death of Pakistani immigrant & Uber Eats driver Mohammad Anwar. The teenage girls who police say used a Taser to steal the car face murder charges. https://t.co/mOPnrLBf0t

The car sped down a street before flipping and ejecting Mr Anwar onto a nearby sidewalk. The footage shows a figure lying face down on the sidewalk, not moving. Mr Anwar died in hospital following the incident after suffering numerous broken bones and severe head trauma. He was making food deliveries at the time of the attack.

Anwar immigrated from Pakistan in 2014. He was the financial provider for his family. His family set up a GoFundMe page to raise money for funeral costs and loss of income. The GoFundMe campaign, launched on behalf of his family, had raised more than $500,000 by Sunday afternoon to cover the costs of a funeral and to provide for his survivors. 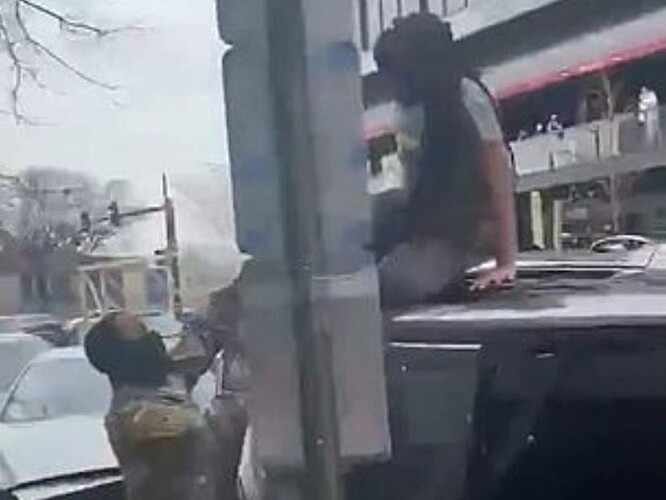 Mohammad Anwar, 66, was a father-of-three who worked food delivery gigs to support his family