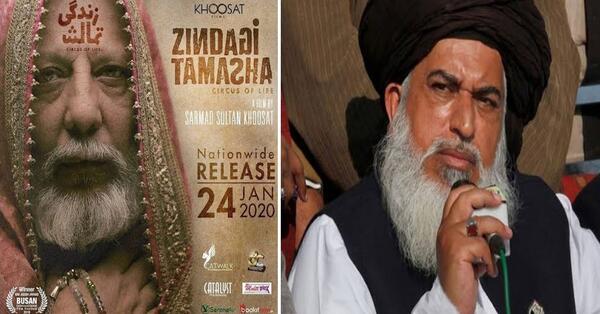 93rd Academy Awards 2021 submission from Pakistan, Zindagi Tamasha (not shortlisted for Best International Feature Film), whose January 24th, 2020, theatrical release suffered indefinite stoppage as it had been called blasphemous, slandering of Muslim image and Islamic values, forcing federal and provincial governments to ban it, is set for a release at last, on March 18th, 2022. To no one’s surprise, the allegations came from Tehreek-e-Labaik outfit, their then ameer Khadim Hussain Rizvi famously stated, “This movie would release over my dead body”, he later expired on November 19th, 2020.

Zindagi Tamasha is an account of a deeply religious and spiritual man, Rahat Khawaja, played by Arif Hassan, who gets into trouble for indulging in innocuously fun dance, whilst donning feminine clothing at a function, to his misfortune he is filmed by someone in attendance.

That one viral video propels the downhill trajectory of his life, estranging him from his family, relatives, and nearly every other acquaintance, they cut ties for they deem his actions grievously undignified for a person closely connected to faith, having a sanctified responsibility such as saying naats (singing / reciting of praise for Prophet Muhammad (peace be upon him)). 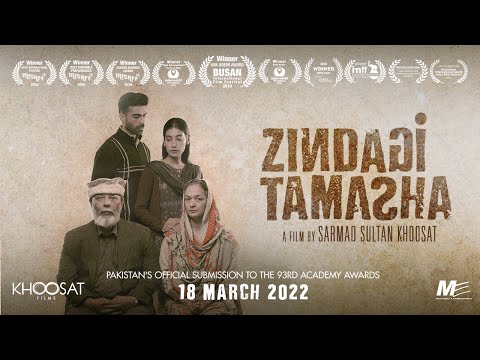 This ostracism is the basic premise of movie, raising the question whether it is right or wrong? Incidentally, that’s one major reason TLP took offence with, as the Barelvi sect they represent is heavily associated to Naat saying, other major reason was censuring dialogue alluding to fundamentalism and child sex abuse within scholars’ circle.

Now, more than 2 years and several cuts later, Zindagi Tamasha shall grace the theatre screens, getting its long overdue cinematic showcasing, does the movie have same steam behind it that it did before ban? It’s hard to say. Trailer does exude artistic expertise and the flair of a quality thought-provoking motion picture which has been a common recurrence throughout director Sarmad Khoosat’s career. Commercial and critical acclaim or failure, either way, better late than never. It’s bittersweet but at least Pakistani cinephiles would get to see the movie they have so long been waiting for with the patience of a saint.