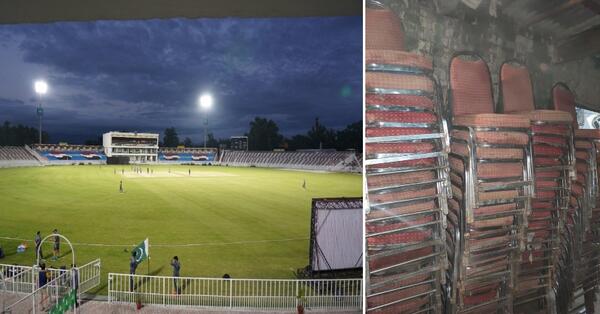 Pakistan Cricket Board on Twitter shared scenic images of historic Pindi Cricket Stadium, Rawalpindi, bathing in floodlights with a night sky in background ahead of national team’s intra-squad match. Things though, didn’t go as they would’ve planned at the time of posting. Instead of appreciation for eye-soothing view, the images became a subject of sharp criticism and merciless trolling directed towards PCB’s ineptness. Viewers noted that the board still hasn’t installed permanent chairs in country’s third biggest cricket venue and they had placed portable chairs that are lent for marriage ceremonies in a tent setting. A similar quick-fix was tried in PSL V, ever since then it has been adopted by administration as go-to method for dealing with chairlessness at Rawalpindi. 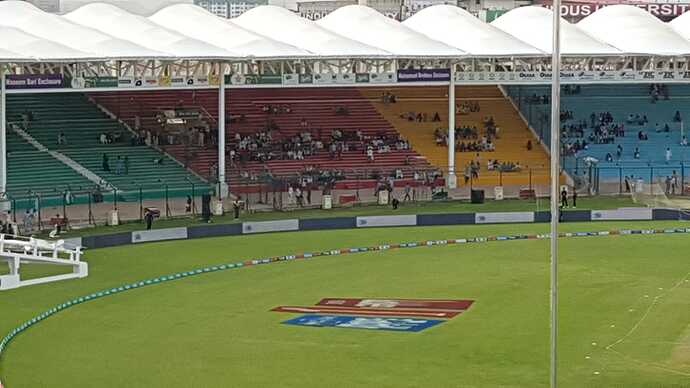 Fans were absolutely devastated at the plight of country’s top sport’s stadiums. Barring Gaddafi Stadium, Lahore, none others have fully chaired stands, even nation’s largest city Karachi, has its National Stadium 4-6 stands devoid of permanent sitting facility despite getting renovation worth more than Rs.1 billion in year 2018. In this day and age, vast majority of Pakistani spectators sit on cemented floor rowing like the good olden days of 1980s. Nothing has been done in this regard by board regardless of all the constant reminders from fans over the years, they seem more leant to momentary solutions as rented chairs rather than lasting ones.

Gaddafi Stadium, Lahore - Only Pakistani stadium with all enclosures having chairs 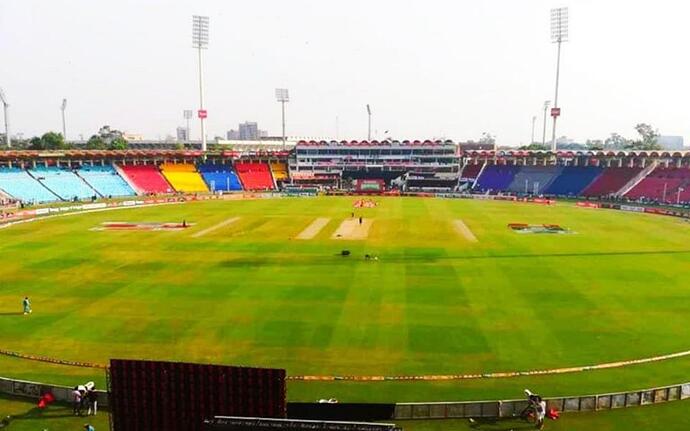 Greater part of dismay stems from the fact that lack of upgrading is PCB’s conscious choice without any compulsions of financial constraints, because the board sure as hell isn’t cash-strapped. In fact, on the contrary, it is one of the most profitable organisations in country. PCB expressed keen resolve in hosting international tournaments on home soil during ICC’s new event cycle, beginning from 2024. Lack of modern infrastructure and PCB’s total disinterest in altering that situation anytime soon, however, casts shadows of doubt upon sincerity of their interest.

Pakistanis are #1 jugaaros. They know very well how to take great advantages from less efforts.