Peasant boy, 13, murdered by feudal lord for defecating in his fields 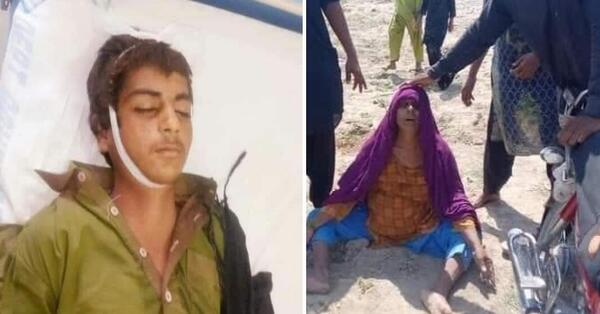 Dera Ghazi Khan, Punjab; Feudal lords are notorious in rural Pakistani areas for their sadistic treatment of people hailing from lower social classes, especially those who work for them. These workers are treated like dirt and squashed like bugs, and when something goes awry, it doesn’t matter if they were at fault or not, they have to face the wrath incurred by their mere existence, that’s a line not only below poverty line, it’s a line below humanity line.

In Dera Ghazi Khan’s township Kot Chutta, 13-year-old Ahsan, only brother of five sisters was cold-bloodily murdered by feudal lord because he defecated in his fields, a practice in villages from far past, sadly thriving to this day due to lack of access to bathrooms to a decent chunk of population. Ahsan’s parents, peasants for the same landowner, tried assuring him that he didn’t do it purposely, they don’t have toilet facility in their mud hut and he had been sick for a day, in haste he sat down in wrong fields. Needless to say, parents weren’t listened to, in the mind of feudal lord, the fields had been polluted, the crops were now impure, above all, someone as a peasant, worthless more than a pest had dared to spread filth on his land. That very moment, unsuspecting child had his grim fate written in stone.

Ahsan was killed (blunt force trauma) for his criminal audacity, though the captors insisted it hadn’t been their intention, but what do you expect when you abduct a child and hit him in head exerting full force? Killing was the true intention here, it’s no manslaughter, it is what it is - A premeditated murder in towering rage fueled by your loathing of the victim and his kind. Ahsan’s mother hasn’t managed to come out of the shock his death brought on her, she realises police have taken zero action, selling themselves to perpetrator, but she doesn’t demand justice, for the magnitude of her grief transcends every worldly thought.

Don’t have words to say.