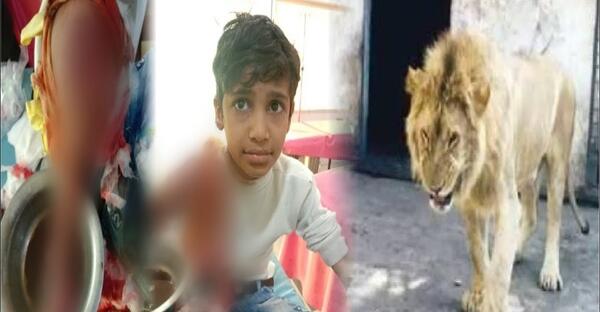 Q: Who would have thought that a captive wild beast impossible to be domesticated was going to unleash its beastly side one day given the opportune moment?

A: Anyone with half a working brain.

But for some Godforsaken reason, the only species with advanced consciousness are not advanced enough to fathom such simple logical concept. Keeping menacing animals away from their natural habitat, much less in the middle of human civilisation, is the peak of irrationality and behold! We have been guilty of accomplishing this distinguished feat for the millionth time.

Gujrat, Punjab; Pet lion, called ‘Simba’, kept by landowner Mr. Yasir Arafat at his dera (a place away from house, for socialising and relaxing during spare time) in Aadowal town bit the arm of an 11-year-old, Ehsaan. According to details, the apex predator had been starving for hours when pouncing happened, the child put his hand upon lion’s confinement structure carelessly and lion grabbed it with jaws, exerting brute force on dragging him inside, instinctively treating him as prey hunted in wilderness.

An irreparable loss, thankfully the iron cage bars prevented. While in the midst of disastrous, and prospectively life-consuming struggle, Ehsaan, who had been alone, was insanely lucky to have a neighbour hear his helping cries, he aided him in making the beast loosen its inseparable grip and unsink its teeth, letting go of his limb. Child’s life was saved, but the affected forearm and arm have had terrible damage inflicted, divesting it of the flesh coating, majorly exposing the stripped bones. 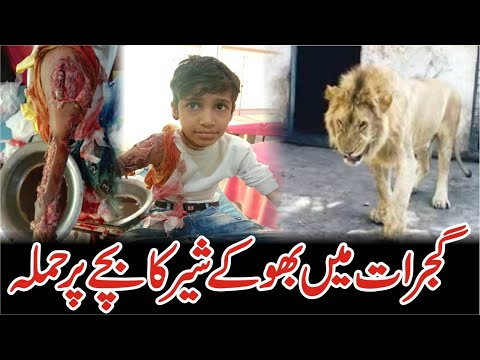 DHQ Aziz Bhatti Shaheed Hospital’s health professionals are assigned to rehabilitating of young Ehsaan, they stated the recovery would be made, however, exposed bone is concerning, flesh won’t regrow around that area. DPO Gujrat Umer Salamat ordered action against lion owner and force’s personnel, living up to their hard-earned reputation, have locked up his servant Faiz.

Citizens meanwhile, are rightly questioning the wildlife department’s role and relevance, they want to know how Mr. Arafat obtained an exotic animal possession permit for bringing it within a densely populated locality’s limits or did he even bother getting one and just deployed the good old fashioned muthi garam (bribery) technique to woo the department officers?

Not just wildlife department, every other institution is riddled with incompetence, China-like punishments are required, feeding these officials to hungry lion who caused it shall serve them right.