PKR Becomes World's Best Performing Currency Against US Dollar in 2021! 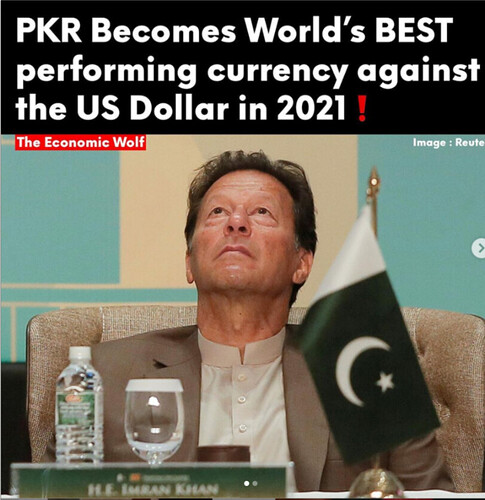 Going by the metric of rising against the USD in the international currency market, the Pakistani Rupee (PKR) has emerged as the world’s best-performing currency after it jumped by more than 4.6% against the dollar in January to March this year among it’s trading partners. 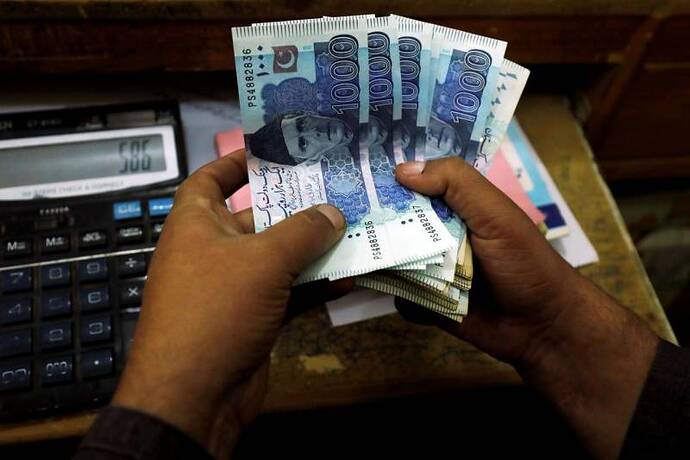 PKR at 153, making it the best performing currency of 2021 among its trading partners. Flurry of flows (Remittances, IMF, WB, Eurobonds, etc.) are boosting market sentiment. The PKR crossed the barrier of Rs. 153 to the USD after the IMF announced the resumption of the bailout package and the tranche of nearly $500 million for Pakistan.

PkR has been the World best currency against USD from January 1st to March 31st. It’s good to celebrate but equally concern to maintain the competitiveness. I’m on for gradual changes than abrupt. @StateBank_Pak

The PKR has improved by more than 4 percent against the USD since the beginning of the current calendar year, trading under Rs. 153 in the interbank market as of yesterday (Wednesday, 31 March).

According to data from Bloomberg, the PKR is also one of the four world currencies that have posted gains versus the greenback together with the Canadian Dollar, the British Pound, the Saudi Riyal, and the Norwegian Krone. 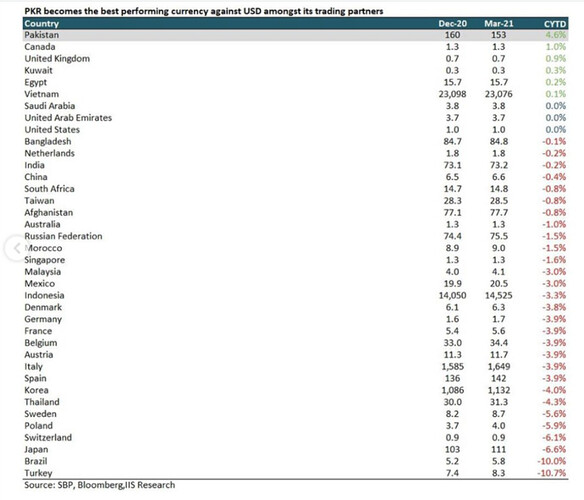 congrats to our Pakistan