PM Khan Visits Quetta after the Deceased Put to Rest 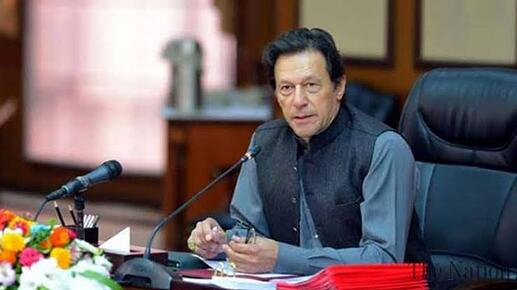 Prime Minister Imran Khan visited Quetta on Saturday, days after coal miners from the Hazara community were brutally killed, where he is expected to meet the families of the miners later today.

According to Radio Pakistan, Balochistan Chief Minister Jam Kamal, provincial ministers and other high ranking officials received the premier upon his arrival.

PM Imran will also preside a high level meeting in which the consequences of the Mach incident and the province’s law and order situation will be reviewed, the report said.

Soon after arriving, the premier met with the provincial chief minister and governor. Commander Southern Command, Lt. General Sarfraz Ali was also present during the meeting.

The premier went to Quetta after the Hazara protesters had agreed to bury the dead late on Friday night after talks between the protesters and government succeeded in ending a sit-in that lasted for days in Quetta.

After initially condemning the incident, the prime minister drew a lot of criticism for delaying his visit to Quetta for “security reasons”.

However, the prime minister on Friday urged the community to bury those killed in the attack, calling on them to refrain from “blackmailing the premier” — a statement that attracted widespread stricture from all corners.

Speaking at a ceremony in Islamabad, he said: "We have accepted all of their demands. [But] one of their demands is that the dead will be buried when the premier visits. I have sent them a message that when all of your demands have been accepted […] you don’t blackmail the prime minister of any country like this.

“This should be clear. All of your demands have been met but you can’t impose a condition which has [no logic]. So first, bury the dead. If you do it today then I guarantee you that I will come to Quetta today,” he had said.