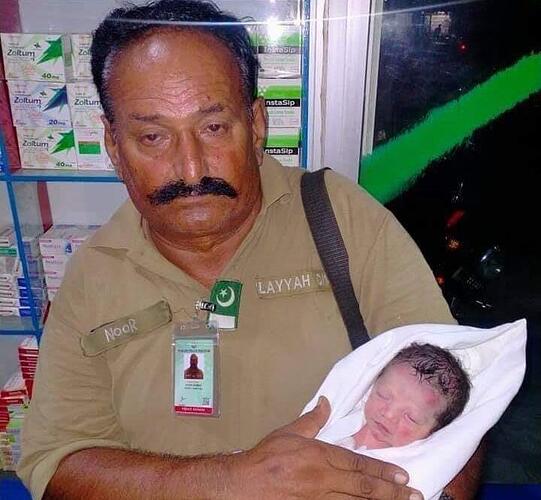 Yesterday wasn’t a good day for police force’s image, three of their constables partook in a heart-rending crime. But as the old saying goes, not all five fingers on hand are equal, there is good and evil everywhere, we can’t paint everyone with same brush upon witnessing something horrific done by others in their vicinity. Today proved just that.

A little angel dumped in Chowk Azam jungle, Layyah, by some cold-blooded monsters to become food of wild beasts or die helplessly out of hunger and thirst was rescued by Constable Noor Muhammad on patrolling duty. Fervent efforts were made for locating her abandoners to no avail, meaning she had to be handed over to orphanage, live there devoid of parents’ love for the rest of her life if she wasn’t fortunate enough to be adopted. The thought of this plausible saddening scenario compelled the constable to make a decision that couldn’t have been foreseen given his retirement age and many a child; He adopted her himself.

You’re thinking this emotionally touching tale of kindliness and compassion now concludes with the tiny flower bud finding a forever home to blossom and living happily ever after. Well… sorry to break it to you, good sirs and mandates. There is another chapter to be narrated, but don’t worry about the happily ever after ending, it does happen, I said sorry 'cause you have to bear my verbosity a tad bit longer. 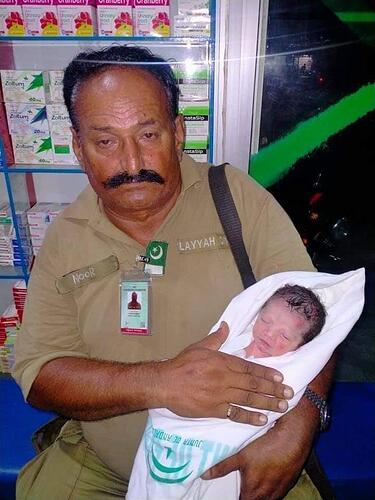 Constable Muddasir Manzoor, who is a fellow serviceman of Noor Muhammad’s, he and his spouse have been married for years but don’t have a kid of their own despite utmostly wanting that bliss in their lives. When he became aware of abandoned infant’s adoption by his brother-like colleague, he went to congratulate him. Watching the newborn in her adoptive father’s arms, sleeping peacefully as the world had come to pause and the catastrophe which almost befell her hours ago didn’t happen at all, insuppressible waves of fatherhood desire crashed strenuously at the shores of his heart. But that girl wasn’t his daughter, she was the person’s sitting across.

Thus the insuppressible desires had to be somehow suppressed, wishes had to be buried six feet under and waves were let to crash for they couldn’t be halted… until the words “You want to make her your daughter? You deserve her more than us and she deserves you more than any other family in the world” reached Constable Muddasir’s ears. He looked at frailing old man in disbelief as he stretched out his arms to hold the young one. Feeling her petite self against his hands, feeling what it felt to feel a child’s being, his own child’s being! A feeling he had yearned dearly yet was never fulfilled. But not anymore. Waves stopped crashing, ocean was at peace at last. 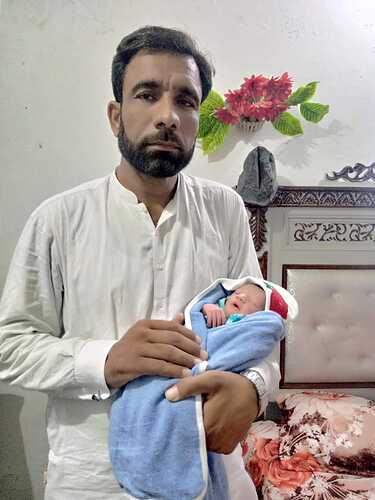 No child willfully comes to world, don’t detest them because stigmas like haraam ki aulaad propagate it. Instead, take a page out of both constables’ book, you’ll be doing humankind a huge favour by humanising it.

Much respect to him!