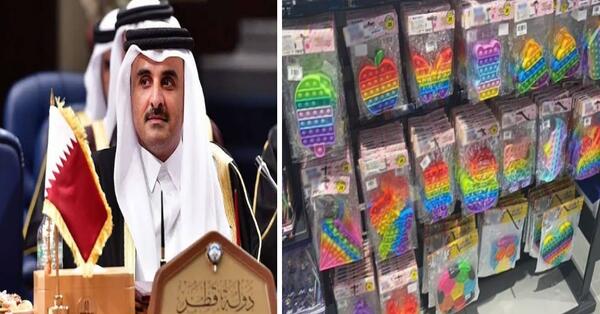 UN / State of Qatar / Ministry of Commerce and Industry

Qatari Ministry of Commerce and Industry personnel have taken possession of rainbow-colored toys from different regions of the country. The move came during inspection of shops, which found them violating guidelines, retailing un-Islamic toys that went against the religious values and teachings.

Through various time periods in history, rainbow colour scheme has been considered independent from LGBTQ+ (Lesbian, Gay, Bisexual, Transgender, Queer, and more) movement, until recent times where the pattern has become synonymous with aforementioned rights group, this could be attributed to group’s meteoric referential rise in current pop culture. The LGBTQ+ flag introduced in 1978 Gay Freedom Day parade, didn’t gain as much mainstream following in 32 years till 2010 as it did in last 12 years onwards, thanks to internet boom that turned world into a global village and noteworthy intolerance decline towards these marginalized sexual orientations, courtesy of widespread awareness and umpteen measures.

Tweet from Qatar’s Ministry of Commerce and Industry announcing seizure 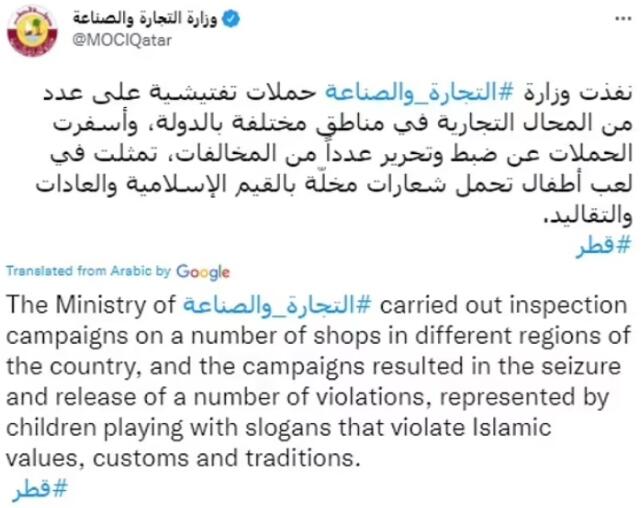 The state of Qatar, being a Muslim country has enforced what it deemed fit as per its existing laws and regulations, but with football world cup scheduled to be taking place in country next year (November-December), Qatar could find itself on receiving end of some sort of repercussions from sport’s governing body FIFA, given how staunchly the organisation backs equality drive, going as far as making certain that LGBTQ+ signs and rainbow flags would be allowed at stadiums throughout 2022 showpiece event’s matches.