‘Quaid’s Portrait’ to Be Inaugurated by CDA on March 23 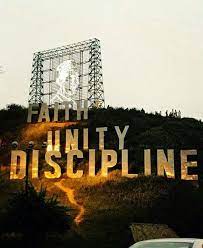 How many of you live in Islamabad? Have you missed seeing Quaid’s portrait? I did. Badly. Everyday. Everyday, passing through the highway for college and seeing the portrait made my day. Everyone adores him, such a great leader and a sparkling personality he had. Because of Him we are what we are today…may His soul rest in peace and ALLAH grant him higher rank in Jannah.

The portrait of Mr Jinnah, designed by Jamal Shah, was previously constructed along the Expressway near Koral in 2005 during Gen Pervez Musharraf’s tenure. However, in August last year it collapsed due to heavy rain. On the Quaid’s death anniversary in September and birthday in December, Capital Development Authority (CDA) installed a temporary portrait before starting this project worth Rs59 million. 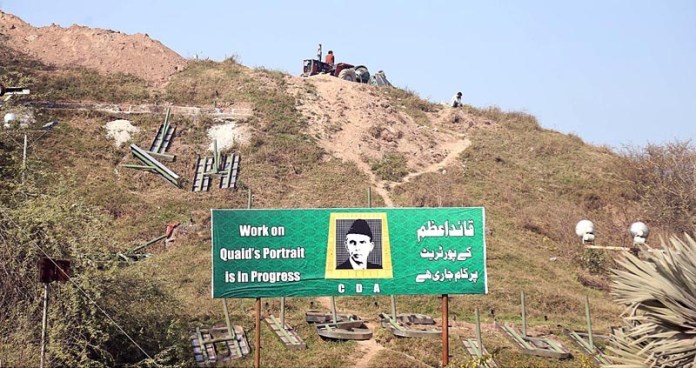 APP08-270121Islamabad696×368 90.6 KB
The new portrait, also being designed by Mr Jamal Shah, is 60ft long and 50ft wide. A protective wall has been constructed across the portrait to ensure its safety.
“This project is of national interest so we are fully focusing on its completion within the stipulated time. The project will be inaugurated on March 23,” said an engineer of the CDA.
The medium of the portrait is a 2mm iron sheet to allow it to be compatible with harsh weather conditions.
A ceremony will held on March 23 to unveil the portrait, said the officials.
So excited to see the new one.

really!! so happy to read the news.

wow feels good to hear that

yeah i was too

So happy to read this one

m glad about that