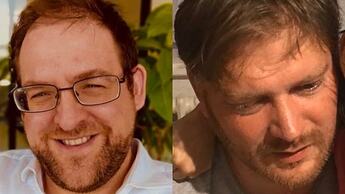 60643eaad4229800×450 37.9 KB
As we have conversations about white privilege, gora complex, fake accounts pretending to be tourists, and the weight of the opinions anyone with a lighter skin tone holds in the country — two white men living in Pakistan, Richard Harris and George Fulton, have decided to debate who is allowed to have an opinion about the country.
Before announcing the ‘Mother of All Debates,’ both men had been critiquing each other on social media. They finally decided to face off in a debate and decide once and for all whether they should be allowed to speak about Pakistan as much as Pakistanis.

Ok guys here’s how to watch on the @ThePakistanExp1 YouTube channel https://t.co/12b4xH1oM5 the link we go live tonight around 1am. @HarrisRichard77 myself will debate what it means to be Pakistani and patriotic. @Shehzad89 moderating https://t.co/nvmQW8mujB

Whats happening? @HarrisRichard77 and @GeorgeFulton1 are debating on what it means to be Pakistani, and patriotic, and who gets to be Pakistani. When? Tonight at 1am Pak time Where? When we go live all three of us will share the exact link. It'll be on @ThePakistanExp1 Youtube

The podcast was moderated by comedian Shehzad Ghias, who interacted with the audience and posed questions. He also introduced Harris as a white man offended at being categorised as a “paid propaganda-ist” when he tried to present the good side of Pakistan.
For context, Harris has been lumped in the Cynthia Ritchie category by Fulton. 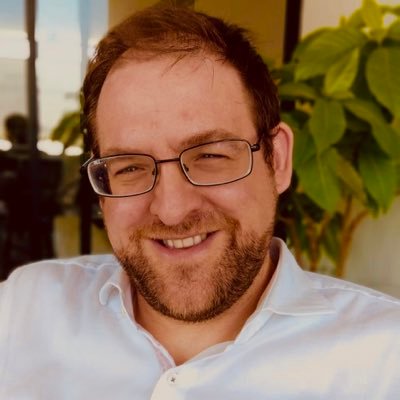 @iKatherineGeorg what pisses me off about Bots like you, “Katherine is you undermine real goras who want to say nice things (and sometime not so nice things) about Pk. Everything we say is suspicious propaganda thanks to the like of you and @CynthiaDRitchie and @HarrisRichard77 https://t.co/wAkPyddvbZ”

Pakistan has the best tourist destinations in the world. Pakistan is a Piece of Heaven on Earth. I urge my friends all over the world to visit and explore beauty of Pakistan. #BeautifulPakistan https://twitter.com/Gwadar_Pro/status/1375359122703441924 …

He likened him to a paid bot. Fulton, of George Ka Pakistan fame.
He had later accused Harris of being paid to voice these opinions. https://youtu.be/aVQ0TgqoLds
The audience was clearly enjoying the debate
https://twitter.com/altaza_/status/1376870100679024643?ref_src=twsrc^tfw|twcamp^tweetembed|twterm^1376870100679024643|twgr^|twcon^s1_c10&ref_url=https%3A%2F%2Fimages.dawn.com%2Fnews%2F1186887
https://twitter.com/desmukh/status/1377179990458986496?ref_src=twsrc^tfw|twcamp^tweetembed|twterm^1377179990458986496|twgr^|twcon^s1_c10&ref_url=https%3A%2F%2Fimages.dawn.com%2Fnews%2F1186887
While that’s not how it works and any ‘opinion’ concerning the rights and livelihood of a particular people is not really ‘just an opinion,’ the explanation fell on deaf ears. Fulton on the other hand, ended up recognising his privilege and admitting that he was only taken so seriously because of his skin colour and gender.
"But patriotism isn’t about believing your country is always right," he added, saying that his critique comes from a place where he wishes the country would improve for a better future.
After going around in circles, it all boiled down to one major question at the end. should two white male cisgender and obviously privileged men be allowed to pass critiques on Pakistan and the conditions its people face? Should the opinions of two foreign men be the barometer by which we judge the state of the country? And are their own opinions somehow less relevant because of the colour of their skin?

Pakistan is a country of love…

How long can people denay, how great our country is​:heart_eyes_cat: