Rupee strengthen against US Dollar 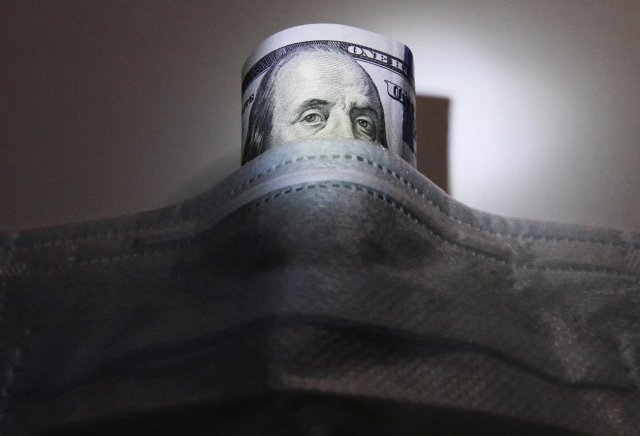 Great outcome in currency rate ; decline of dollar good for welfare of our country… as we see the past few years the “strong dollar” has been so central to the global financial story – enabling ever-lower interest rates and ever-higher financial asset prices pretty much everywhere – that it’s easy to forget how illusory “strength” is for fiat currencies. There are many reasons to worry about the U.S dollar’s underlying economic fundamentals . But now

rupee-750x369750×369 38.5 KB
The Pakistan rupee strengthened by 29 paisa against the United States (US) dollar in the inter-bank currency market .
According to the State Bank of Pakistan (SBP), the local unit closed at Rs155.45 against the greenback as compared to the previous day’s closing of Rs155.74.
The buying and selling rates of dollar in the open market were recorded at Rs155.1 and Rs155.8, respectively. 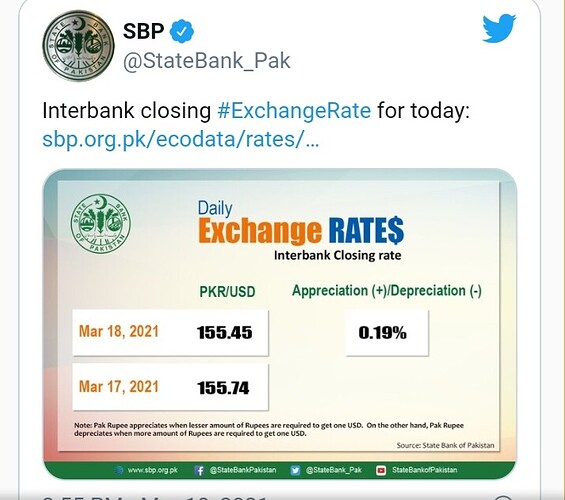 20210319_011951714×631 77.8 KB
The local currency has gained considerable ground on the back of improved foreign exchange reserves, current account surplus, higher remittances besides less demand of dollar due to the ongoing pandemic. 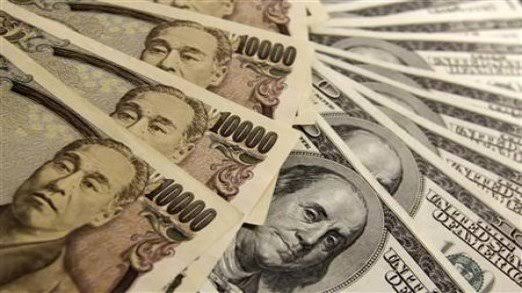 The rupee has recovered more than Rs12 during the last seven months since it touched an all-time low of Rs168.43 last year in August. Economic experts attribute the rupee appreciation to an increase in foreign currency inflows in shape of remittances. Rupees continuse strengthen good for country’s import export rate & decline of unemployment … May Pakistan continue its progress by leaps &bounds
. Ameen
4 Likes
theintrospectiveme March 18, 2021, 9:12pm #2