John Abraham is an out-and-out motorbike freak and there are no two ways about it. The actor has time and again expressed his love for bikes. Watching him riding bikes at lightening speed in his 2004 film Dhoom was no less than a dream come true for his millions of fans. It was possibly for his genuine love for bikes that John perfectly fit the part of Kabir in the Yash Raj Films production, a high-tech thief who zooms away on his bike after every robbery.

On Thursday, John offered a peek into his enviable fleet of bikes through an Instagram post. The actor shared a photo of his collection on the photo and video-sharing platform. Alongside the picture, he wrote, “My candy shop #moto #motorcycle #heaven.” One of the bikes seen in the picture is the much-desired BMW S 1000 RR, the ex-showroom price of which is between Rs 18.50 lakh and Rs 21 lakh. The mean machine can go up to the speed of 303 kilometre per hour. 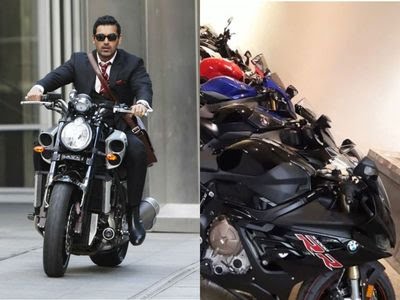