Saba Qamar has called off the Wedding with Azeem Khan 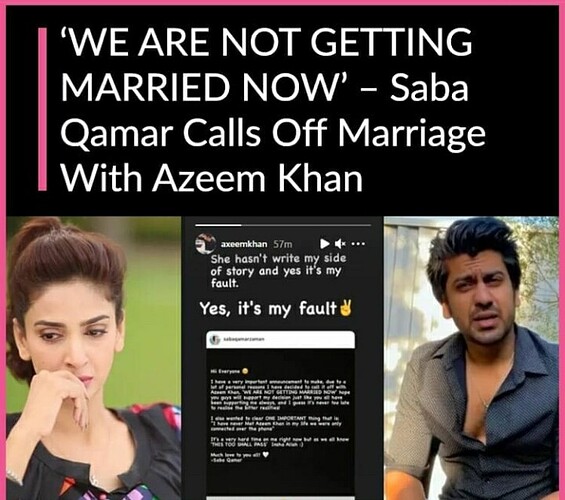 inbound187888957754083430720×637 96.9 KB
Pakistani actress Saba Qamar has decided to call it off with blogger Azeem khan,a week after announcing that they were together. She confirmed the latest news on Social Media today. 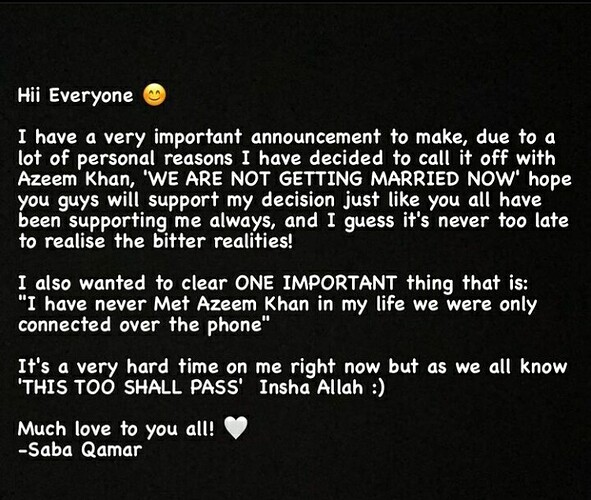 inbound7471614645561376198720×609 112 KB
She stated in her story that she did so far for personal reasons and have never met him in real. but on phone calls only.
She added on Instagram “I have never met Azeem khan in my life”.We were only connected over the phone. She has asked for everyone to support her through this difficult time. 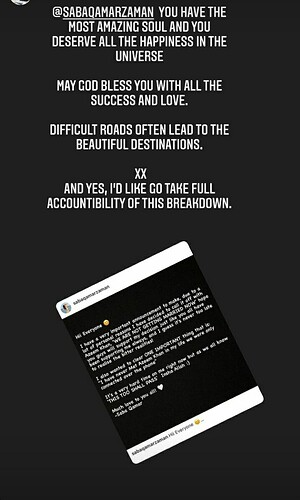 What went WRONG?
Saba Qamar has known for his bold and beautiful looks and outstanding skills.Recently The BAAGHI actress surprised her fans when she accepted a marriage proposal from Azeem khan who want to tie the knot with her this year. Her fans and followers notices the surprising moments when Saba Qamar shares beach photo on Instagram.The caption of the photo read "If its meant to be,it will be❤ .She also added the heart emoji in the last. Responding to her post Azeem khan Comment Lets GET MARRIED ?this year? 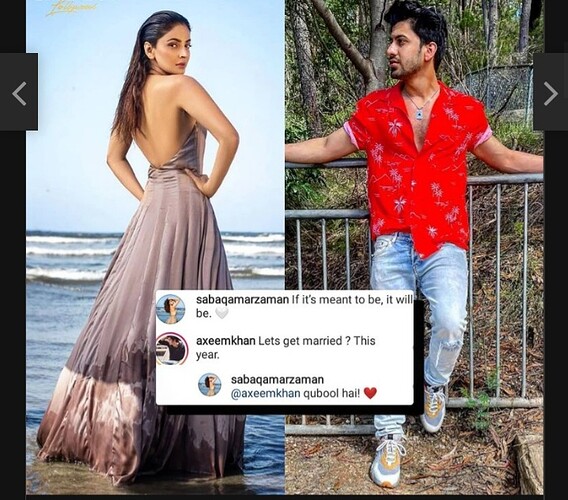 inbound8117909344312150066718×632 168 KB
Replying to Public marriage proposal the star Saba Qamar wrote “QABOOL HAI.”*
with heart emoji❤.
However soon after public got to know who Azeem khan was ,A woman made shocking Allegations About Him.Azeem khan later responded to the accusation through in a video. And then there are lot of memes made on both. 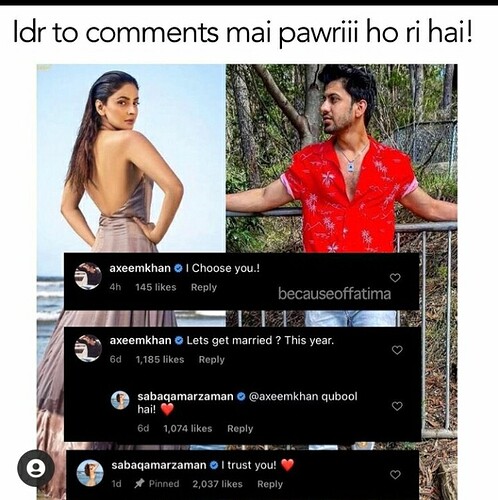 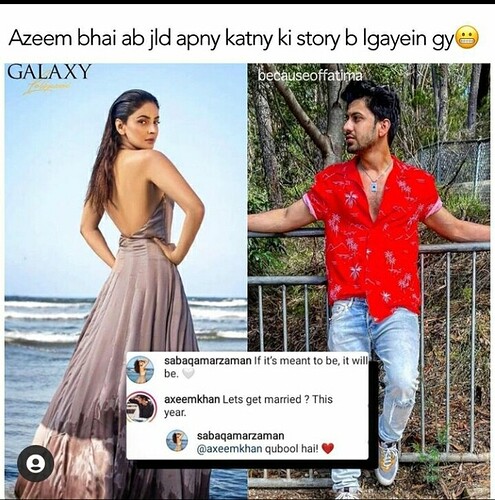 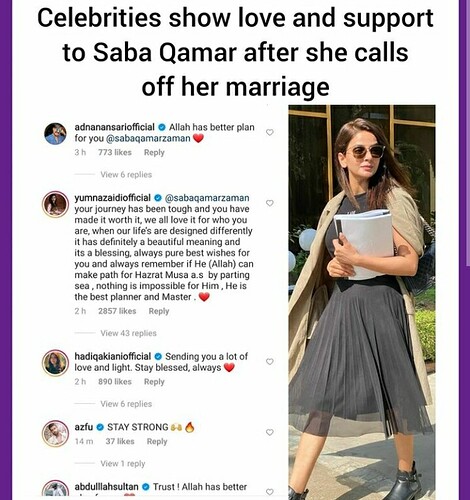 The thing is that we have a habit of indulging into others life & trying to create a mess for them. Who the hell you are? Who gave the authority to interfere in someone’s life. If you don’t help someone in tough time, then why you ruined their happiness?
It’s our national duty to create a fuss b/w two parties.

Everyone should keep their personal matter personal

I don’t know what to say. My sixth sense tells me this was always a farce from get-go & the proposal or acceptance was never real. A publicity stunt for relevancy.

These words have so much power