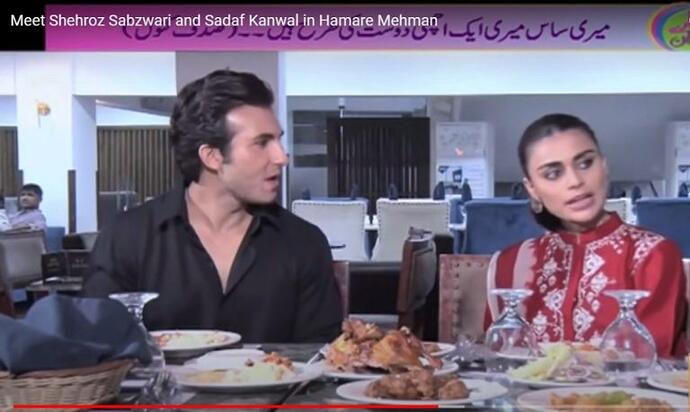 Model and actress Sadaf Kanwal recently denounced ‘liberalism’ in an interview alongside her husband Shehroz Sabzwari, stating that our cultures are our husbands. She said that since she has married Shehroz, she has to dutifully pick up his shoes, iron his clothes which she doesn’t do very often, but that she knows where his clothes are. She said she knows where each of her husband’s things is, when he has to eat and what he needs to eat. She asserted that she should, as a wife, know all about him and since she is a woman, she should know all about him but he doesn’t have to do the same for her, as this is what she grew up watching. She further stated that as opposed to contemporary liberalism, this is what feminism means to her.

The statements faced a strong backlash on social media, with critics arguing that there is so much more to feminism than the question of picking up your husband’s shoes and ironing their clothes. Feminism is an ideology that stands for the oppressed, as there are households in which women face literal abuse for trivial matters like these. It stands for the women who are subjected to torture and abuse just for trying to live their life. In the midst of an ongoing femicide where we see new cases of human right’s violations against women every single day, it was irresponsible of a well-informed public figure like Sadaf to confine the feminism movement to something as trivial as picking up shoes and knowing everything about one’s husband.

Others asserted that women like Sadaf Kanwal, who get to practice all that women in this country are honor-killed for, from bodily autonomy to the privilege of going wherever she pleases, are too privilege-blinded to realize what the movement actually stands for. Another social media user also accused the model of using feminism and patriarchy intermittently to benefit from herself personally and financially.

What is your take on this? Let us know in the comments below!