Samar khan, the first female cyclist to reach K2 faced criticism after a picture of a porter carrying her cycle went viral on social media 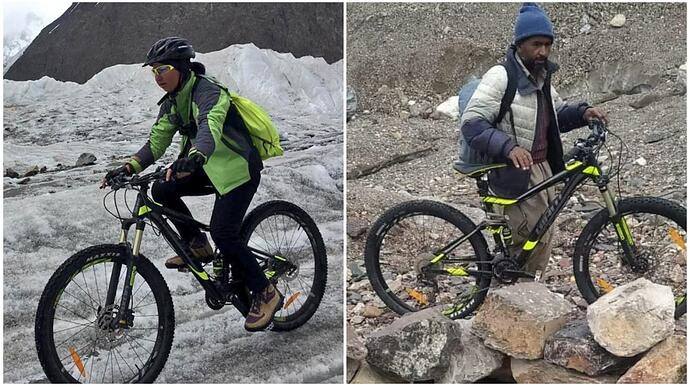 A few days ago the news of "Samar Khan becoming the first woman to reach K2 Basecamp on a cycle"surfaced on social media. Many people were happy about this achievement and appreciated the athlete however most of them were quick to judge the authenticity of the news.
Then things got even worse when a picture of a porter carrying her cycle went viral on social media. People assumed that it was the porter in the area who carried the athlete’s bicycle from Jola to K2 base camp.

@sheribireno1
The unsung hero, Porter Belongs to Baltistan who made Samar Khan and her Cycle, first woman to reach #K2 base camp on a cycle 😀 #stopfakemarkeeting #noworldrecord #samarkhan #

@jamilnagri
The unsung hero, Balti porter who made Samar Khan first woman to reach #K2 base camp on a cycle 😀

Tv anchor Mansoor Ali khan also criticized the athlete by comparing his own experiences to hers. He said:
“Even the best cyclist in the world can’t do this. It’s impossible to reach K2 on a cycle. You have to carry it on many spots.” 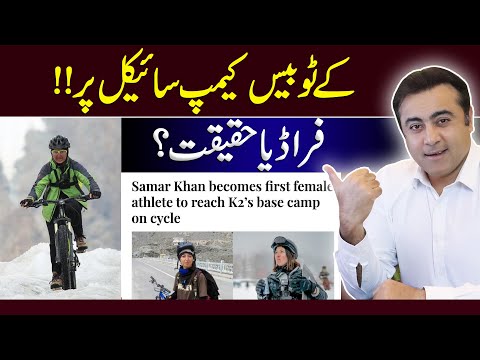 After all the allegations Samar Khan took to her Instagram to clear things out where she agreed that a porter helped her in technical areas like rivers, crevices, and land sliding areas, etc. 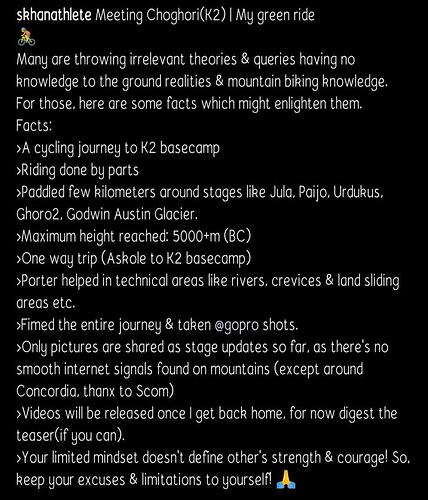 It is sad to see people criticizing her without having complete information. What are your opinions on this story?

It’s an issue of the presence of mind, even an intercity adventure is inadequate without a porter now and then, and it was a hiking venture. How might it be conceivable without some assistance? Regardless of how great you are at cycling, you need some assistance to convey baggage and the person who knows each and everything about that specific spot. Great, many people do such endeavors in groups. Yet, they need a Porter. Individuals should consider these realities without bringing up them.