Scientists discover a meteorite older than earth in Sahara desert 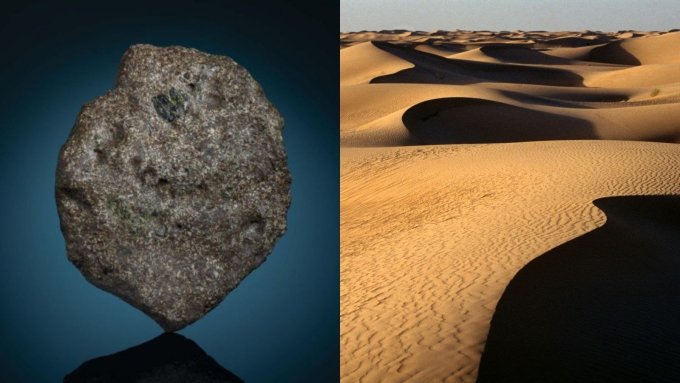 A piece of meteorite was found in the desert of Algeria in May 2020. According to an in-depth analysis of the rock’s composition and age, It could be a piece of baby planet that never made it, estimated to be 4.6 billion years old even older than Earth

, which is 4.5 billion years old. Results of the study have been published in journal PNAS.
It is Named Erg Chech 002 (EC002) after the site where it was discovered. It is a rare artifact from a protoplanet; a large body of matter, in orbit around the sun or another star and is believed to be developing into a planet; that was likely forming when the solar system was a young 2 million years old.
"The meteorite is the oldest magmatic rock analyzed to date and sheds light in the formation of the primordial crusts that covered the oldest protoplanets" researchers wrote in their paper.
No known meteorite or asteroid looks like EC 002, indicating how rare the finding is, and how likely these rocks don’t exist anymore. EC 002 consists of several meteorites with stunning crystals that collectively weigh about 70 pounds.
It was discovered in May 2020, but it’s erosion suggests that it fell in the desert much earlier.
" It is not a meteorite freshly fallen on earth " confirmed Barret the lead scientist.
For more information visit:
https://www.vice.com/en/article/epd3qm/scientists-discover-chunk-of-protoplanet-older-than-earth-in-sahara-desert