Shafqat mehmood reacts to the student's reaction on reopening of schools

Talking to a press conference in capital after the joint meeting, Federal Education Minister Shafqat Mahmood said that in the first phase, classes nine to 12 would be allowed to resume from Jan 18.

He further said that in the next phase, classes from one to eight would resume on January 25. All higher educational institutions would resume from Feb 1, he said.
After the news went viral the students across the country seemed to be unhappy with decision of reopening of educational institutions. The memes go wild after the minister’s announcement.

However the education minister tweeted and was sad to see the students reactions towards education and emphasized that “education is the future”. 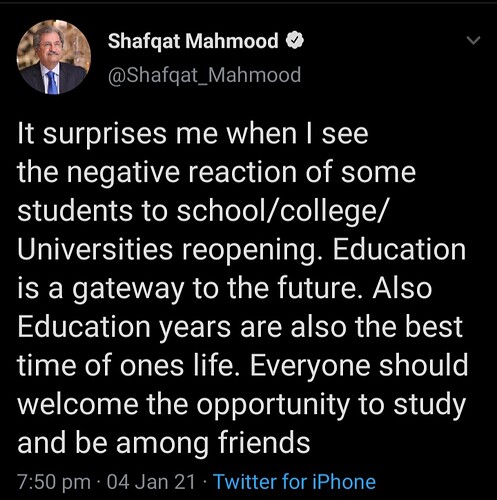