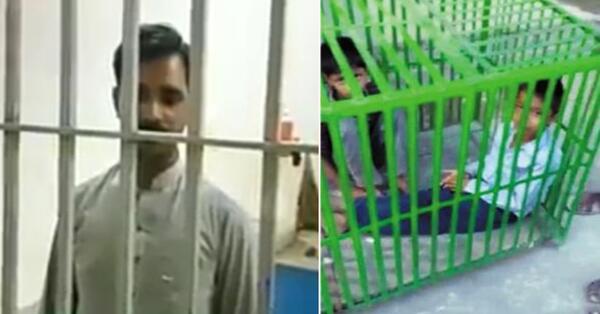 Punjab; A meat seller in Mandi Bahauddin, city area, encaged two boys Riyasat Ali 8, Abbas Ali 9, into a constricted empty chicken cage kept outside his shop on the suspicion of monetary theft. Shopkeeper, who found 50 rupees missing from cash register, had observed the boys going meandering around it preceding the stealing but nothing could be found on them upon inspection. However, that failed to make the shopkeeper believe in supposed juvenile culprits’ innocence, he decided to punish and shame them before the eyes of whole bazaar. Riyasat and Abbas both were placed in a tiny to-be-slaughtered chickens’ cage and put outside captor’s shop in marketplace.

Sometime later, shopkeeper changed his mind and instead of ‘straightening the blokes out’, he raised a price of PKR. 22,000 to bystanders and passersby for child duo. This made more people join in on videofilming the incident than there were before, soon it reached District Police Officer Mandi Bahauddin, Sajid Hussein Khokhar, who ordered police to carry out swift rescue operation. Meat seller was arrested and captives were secured safe and sound. Once in custody, suspect showed immense remorse at his actions, he told city police he didn’t mean any harm onto children and fixing their price was no more than a tactic for scaring them into never committing felony again. Police but refused any concession or easier way out to accused offender, they moved forward with regular case registration procedure followed by deeper investigation conducting. 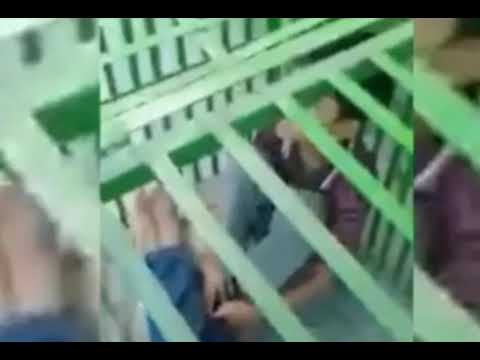 Among praisers of police’s responsive professionalism, there are concerned citizens who feel the department is full of inept slackers, lacking any competency or discipline whatsoever. Every time a crime occurs, a video has to go viral and grab some superior’s attention for police to do their duty, which they should be doing regardless. What if DPO hadn’t watched captive children’s video? Police would have arrived ages later as routinely, putting them greatly susceptible to greater harm or in worst case, even death. It is alarmingly worrisome, nothing appreciable to write home about.

Still finding the answer. Why police and higher officials awake and realize their duty after watching the video?