Shopping malls are 'Haram' because women might visit beauty parlours and look at other men, says Islamic scholar

According to Hussain Salafi, an Islamic scholar from Kerala, Muslims should avoid shopping malls because Allah dislikes them. Hussain Salafi, according to a Janam TV report, said that malls bring men and women together and that Allah despises malls.

Muslims should boycott malls, according to Islamic scholars. Mosques, he claimed, are Allah’s favorite places. 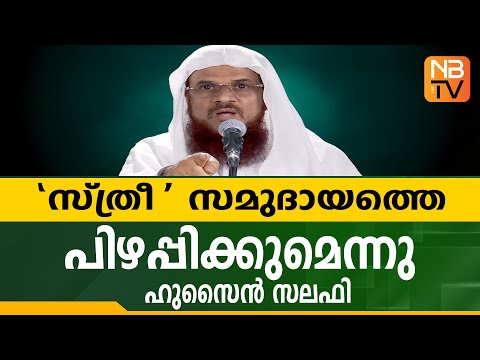 Salafi went on to say that women who go to malls also go to beauty salons. Malls attract tourists and consumers from many walks of life, dressed in a variety of outfits. “These are the children of the devil,” Salafi continued, adding that Muslims who frequent shopping malls taint the community’s image.

Salafi went on to explain all of the mall’s ‘evil impacts,’ as well as the fact that men and women roam together in malls. Inside malls, women’s gazes are drawn to other guys. He went on to argue that women staring at men tarnishes the Muslim community and that Muslims should avoid shopping centers.