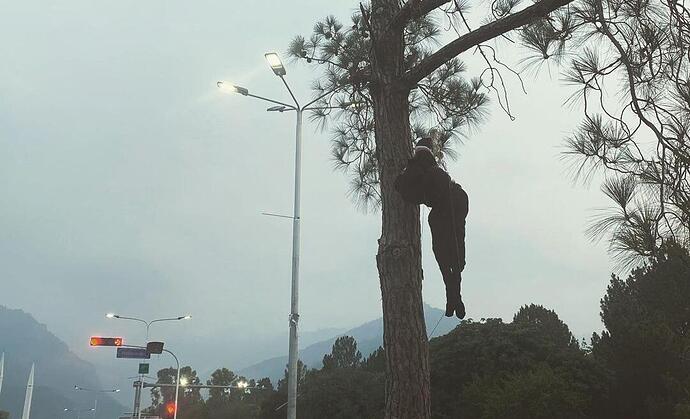 In the backdrop of current violence spree against women, an artistic protest in Pakistan’s federal capital demanding the public hangings of rape/murder convicts has caught the eye of citizens and netizens alike, but for a reason different desired. The social art’s display shares an uncanny resemblance to imagery of a horror film, prompted by the sunless monsoon evening, a nearly secluded atmosphere reeking of gloom and the most instrumental element contributing to overall spook; the dummy corpse covered in black, hanging from the tree. 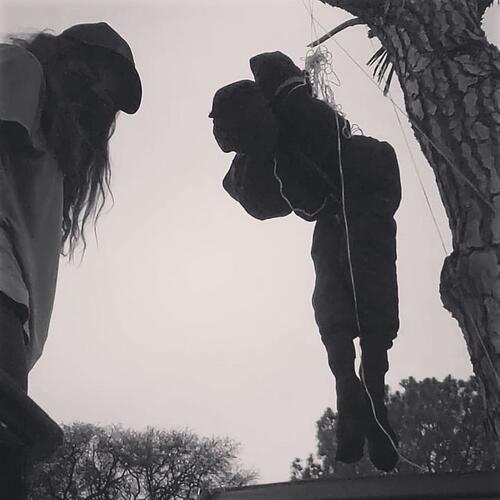 From the top of my mind, its similarity with popular media I see is, first murder investigation of ritualistic killings in 2014’s gothic crime drama series True Detective. 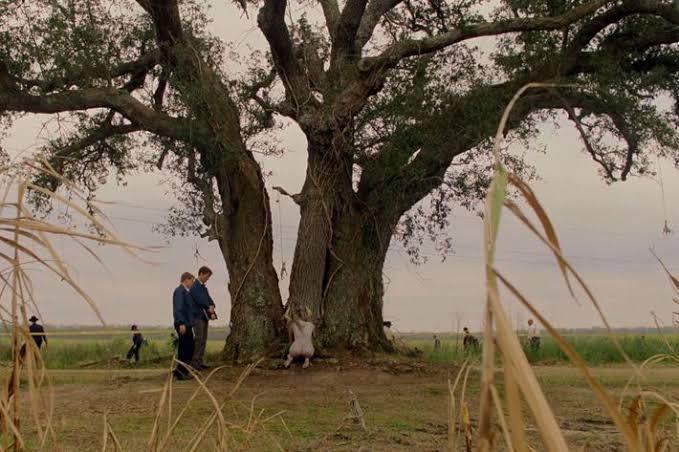 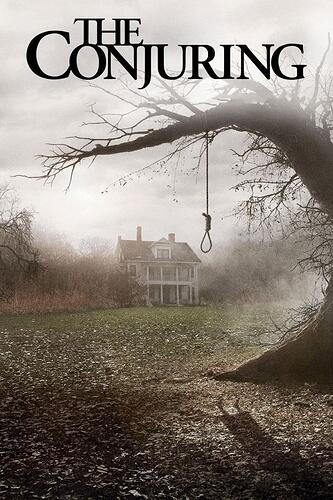 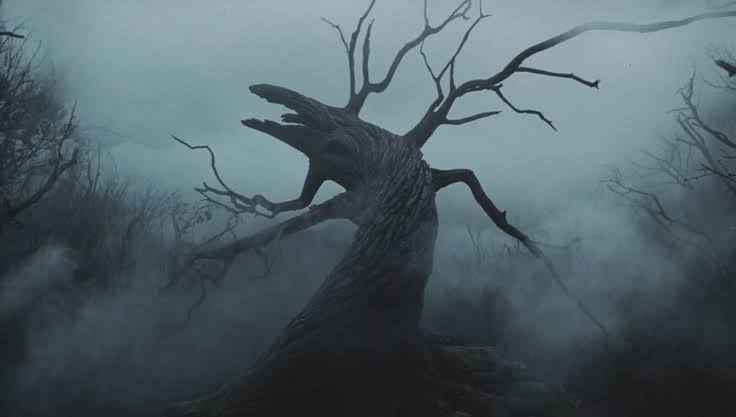 But as it’s said, reality is stranger than fiction, because we know what we observe isn’t an effect or acting. Hence, what startled me more than anything was the art’s similarity with self-captured polaroid images of notorious serial killer, Dennis Rader. Murderer of 10 people, who received sexual gratification by seeing his victims struggle for their life while he tormented them animalistically.

Rader’s self-taken photos of him hanging, pretending to be his own victim 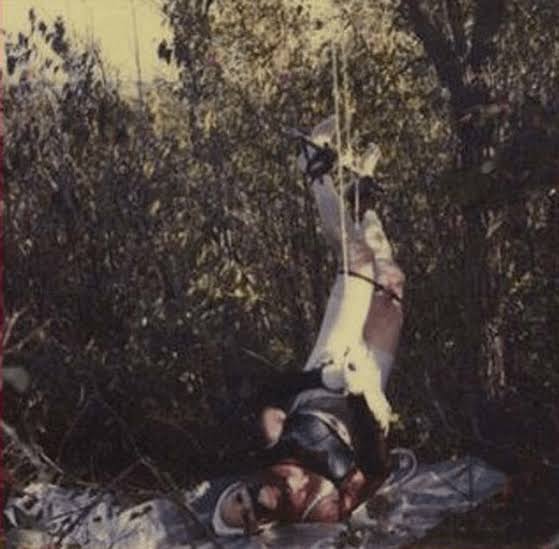 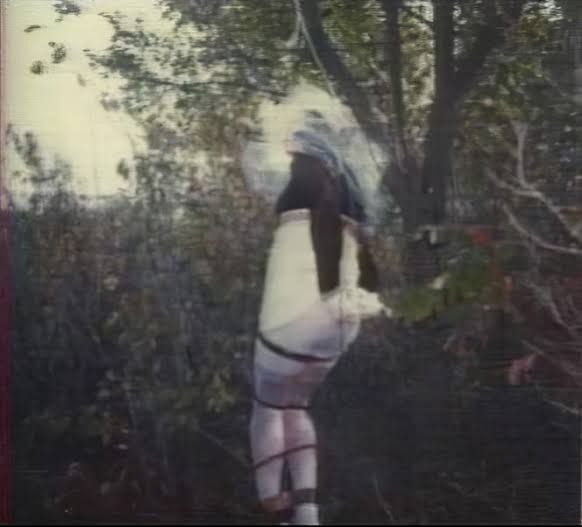 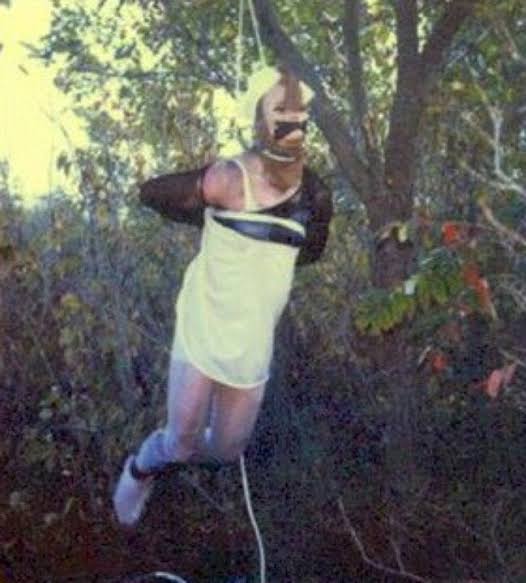 He did that because when he couldn’t kill, he used to play his own victim by wearing a creepy personalised woman mask, women’s clothing and bind himself to take pictures in torture positions for satisfying his sick pleasure sense. He now serves lifetime imprisonment at El Dorado Correctional Facility. 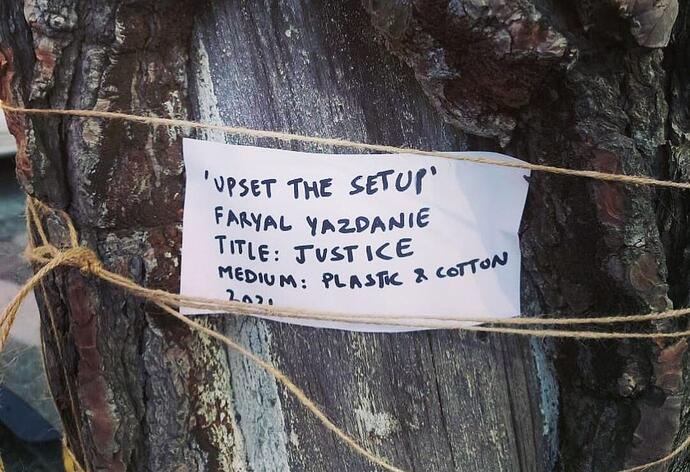 Artist behind this demonstration, Faryal Yazdanie, titled it ‘Justice’. Though her craft, while not ineffective, was lacking in context. A bold text plate or banner highlighting motive would’ve worked well. Instead, it was just spooky, which prevented her message of upsetting the setup from getting across efficaciously. Islamabad residents, considering the dummy an actual corpse, were frightened rather than inspired. Authorities were called and it was taken down, rendering it a case of failing in provoking thoughts but succeeding in scaring. 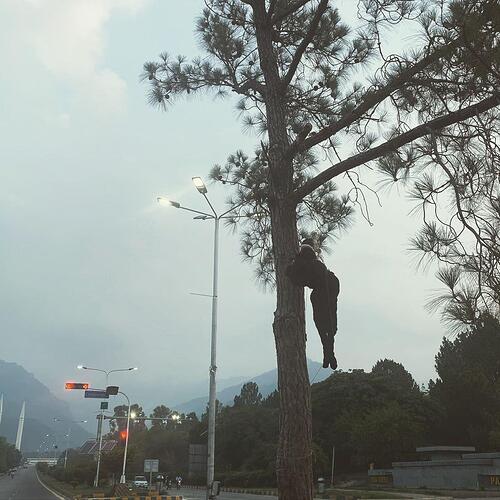 The conjuring 3 in making.