Spiderman is one of the most popular and iconic marvel fiction characters of all time. The craze for this character is beyond one’s imagination. As Spiderman: No way home movie got released last week, i.e. 17 December 2021 in cinemas, fans around the world has gone crazy to watch this much-awaited movie.

Tom Holland and Zendaya are in lead roles in this another sequel of the blockbuster movie series. According to the details, it has earned over $600 million worldwide and has become one of the biggest cinematic releases after the pandemic started. 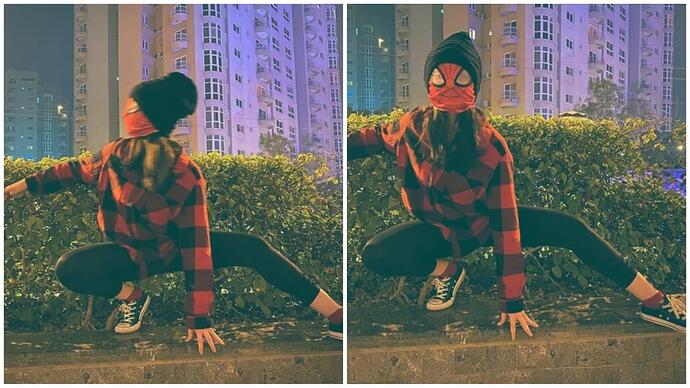 In addition to this, famous actress Hania Aamir was spotted in a spiderman avatar as she went to watch the movie along with Kubra khan. She also followed the worldwide trend and wore a spiderman mask to look like him.

She can be seen posing like spiderman in the picture.

That’s not the whole picture as she was also spotted doing stunts like spiderman as she came out of the cinema hall. She has a charming personality, and now her video and pictures of dressing like spiderman have gone viral on social media. Netizens are giving mixed reviews on it.

What do you think of Hania Aamir’s craze for spiderman? Let us know in the comments section below.