Statues are getting robbed in Pakistan. Another incident of stealing things from the statues of legendary figures of Pakistan was recorded today.

As the incident went viral on media, Punjab Chief Minister Usman Buzdar took notice and demanded the authorities to immediately arrest the culprits. On the other hand, the police are on a wild goose chase to arrest the suspects.

@_currentpak
Spectacles stolen from the statue of Quaid-e-Azam in Vehari https://t.co/DAuoGJXByT 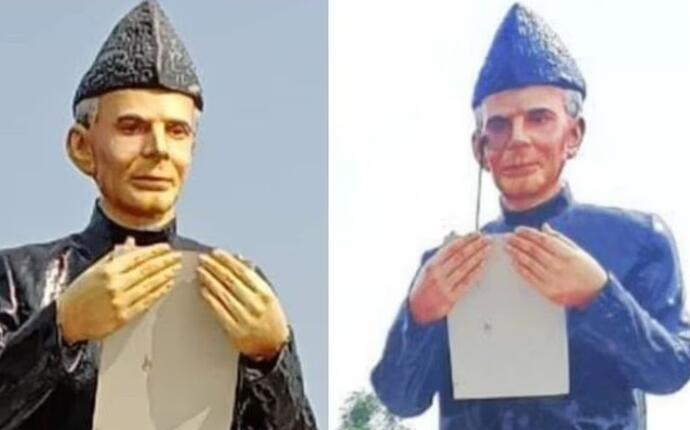 It should also be noted that a hockey stick and a ball were also stolen from a statue of hockey great Samiullah Khan installed in his hometown of Bahawalpur.

From the incident, we conclude that the rising inflation has left people in a tight corner. The nature of poverty has reached the level of its peak, that’s why this kind of thing is expected. We are dishonouring our national heroes by doing such cheap acts. Wasn’t this a shameful act? Aren’t we living in a destroyed society?

What are your thoughts about it? Share with us in the comments section below.