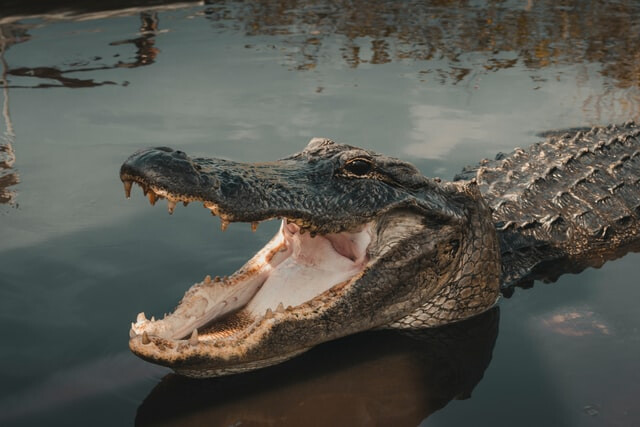 Photo by Karl Bewick on Unsplash

We observe deadly and fatal incidents on daily basis but none of them is equivalent to this heart-wrenching incident when a giant crocodile attacked and ate a four-year-old girl alive along the bank of the Nara Canal in the southeastern province of Sindh, reported on Friday.

A giant reptile appeared and caught a child allegedly who was taking bath with her mother at the bank of the Nara Canal. The mother ran away from the crocodile, but the predator grabbed the poor girl Saeeda, underwater and ate her alive.

The girl was the daughter of Allah Wasayo Mahal, who lived in the nearby village. Villagers claimed that the alligator was about 16 feet long. Villagers said to the media that they have informed the wildlife department and local police about the incident but no one has come to the rescue.

“We informed the wildlife and local administrative officers, but now no one has shown up,” the residents said. “It’s a daily problem that the crocodiles were coming out of the canal and attacking the villagers adjacent to the canal”.

“In a recent similar incident, a crocodile injured a girl and dozens of other people in the area,” the villagers claimed.

According to the Sindh Wildlife Service, the Nara Canal, a delta waterway built on the left bank of the Indus River, is home to more than 500 species of crocodiles but the people are forced to visit the dangerous canal due to the scarcity of water in their region. Predators’ attack on livestock is also common near the canal. The National Canal is called one of the largest canals in Sukkur Barrage.

Villagers and a rescue team are in process of finding the remains of the child.
Around six months ago, a six-year-old girl died from a crocodile in the same area.

Who is responsible for this? Sindh wildlife department, the mother, or the bad fortune of the poor girl?

Girl’s parents for criminal negligence and not giving a damn about crocodile infestation in river. I know it’s easy to blame only government here for every thing that goes awry, but this time, let’s refrain from fact-twisting and twirling.

According to SWS they already informed to the villagers about the species of crocodile in water so ,why villagers neglect all kind of precautions ?and scarcity of water is also a major issue of the residents and reason of their move towards these kind of canals

that need solution by Sindh government