Survey shows that nearly half (48%) Pakistanis get angry quickly 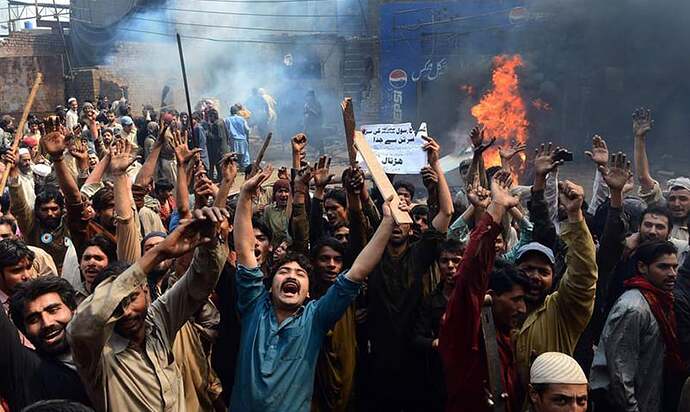 We all know someone who gets angry very easily but it has turned out that this is the case with about half of the population of Pakistan. According to a survey done by Gallup Pakistan, 48 percent Pakistanis get angry very quickly. The survey asked People from all four provinces of Pakistan a question that was: “Some People get angry very quickly whereas other people do not get angry that quickly. How quickly do you think you get angry?” People were asked to choose from 4 options which were: 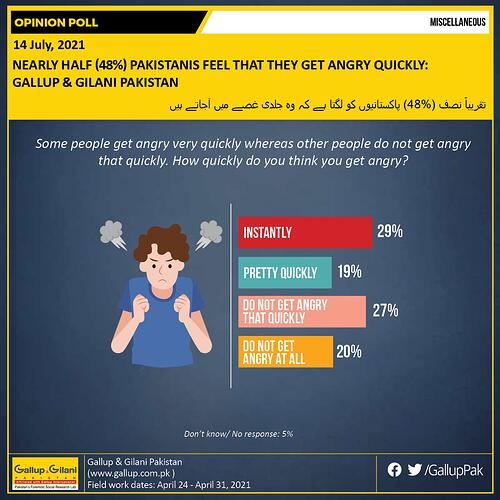 Well! It highly depends on one’s sentiments towards a specific person and situation. But keeping in view the above statistics. Luckily, I’m in rest between 20% to 27%.