Survival of army for the country 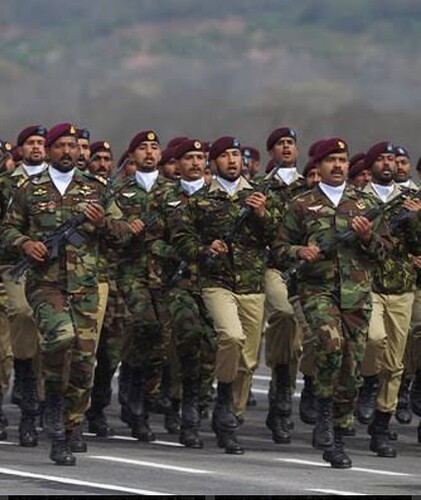 Army is one of the basic institutions of the state. In the time of war, it is the army who fights with enemies. So survival of army is necessary for the survival of the state.
If army gets weak India would be the first one to attack. With our support they become strong and it gives them courage to fight the enemy. So, we should keep this thing in mind no matter, what happened, we should not stop supporting it. But with power comes the bigger responsibility. It is learned from the past experiences, that army learned respect and love in the eyes of the people when it fought with the enemies or helped people in the time of national disaster or crisis. This is what armies of the countries are made for. On the other hand, they earned bad name when they involved in politics directly or indirectly.
To conclude, we are hurt when we listen anything bad about our army. we keep on respecting the army whether they are on the right path or not but , we want to idealize you people. Choice is yours.
Image is taken from Arab News.

Yup! Our Arny is real backbone of Our country survival