Online shopping experience has never been good for many of us. An interesting incident occured in Thailand where a teenager was left shocked when he received a coffee table shaped like an Apple smartphone instead of an Iphone.
As per the news the boy was rather excited when he saw an e-commerce platform selling the iPhone for a price much cheaper than the market. Without cross-checking the details and reading the description, he pressed the “buy” button and eagerly waited for his iPhone to arrive.
But when he received the package he realized that he has indeed received an iPhone but not the one he desired. The e-commerce platform from where he placed the order was not at fault this time, the boy had failed to read the details of the product. It was later found out that it was a South Korean brand Ten by Ten, which is behind the unique, quirky furniture.
Photos of him standing next to the iPhone-shaped coffee table have gone viral on social media, leaving netizens in splits.
Source:Teen, lured by cheap iPhone listing, ends up buying table instead of real iPhone from e-com site - Technology News 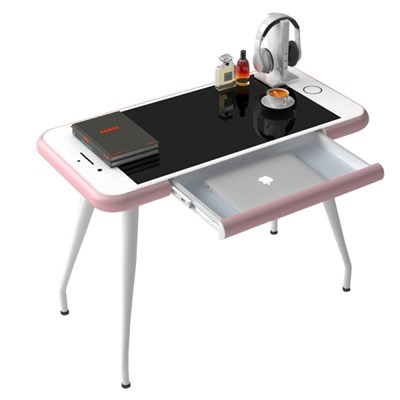 Yesss the table looks beautiful though. He would have no regrets😂

Once i ordered a formal dress online but recieved some unstitched, torn, stinky fabric for the worth of that dress​:broken_heart:. It do be like that sometimes​:sweat_smile:. This boy should rather be grateful

Yes!! He definitely should be grateful… Once we pakistanis start telling our scam stories he will surely feel himself in heaven😂

@Zainab_Sajid reminds me of the storage bags you and @Swaiba_Sajid ordered

Hahahaha using them though😂