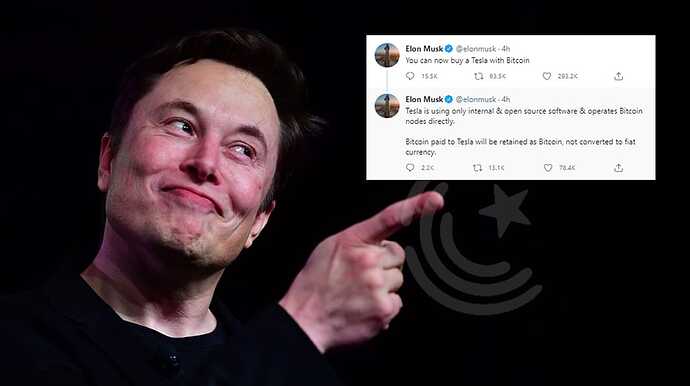 Crypto-pp1000×560 37.1 KB
When Elon Musk talks crypto, the market listens, and perhaps this has been one of the few major catalysts for driving the Bitcoin bull run to where it’s headed right now.

Electronic Vehicle (EV) car manufacturer Tesla has officially begun accepting Bitcoin as payment for its range of electric cars. A Bitcoin payment button has also been added on the Tesla website. 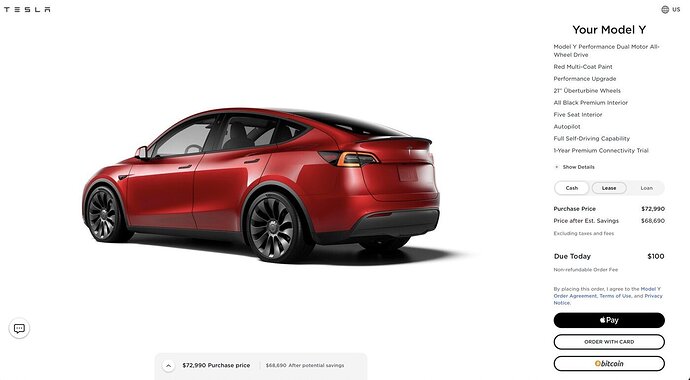 Besides the new option, Musk added that the Bitcoin paid to the company will be retained in its original form and not converted to fiat currency; it will be added to the cryptocurrency reserves currently retained by the carmaker.

Besides the big announcement, Musk revealed via Twitter that his team is “using only internal and open source software and operates Bitcoin nodes directly”. 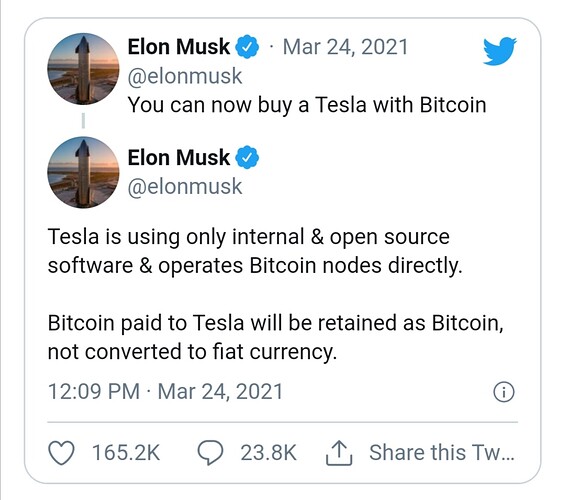 For international buyers living outside the United States, Musk mentioned that they’ll be able to pay in BTC later in 2021.

While this move by Tesla feels enough for the markets to rally upwards, cryptocurrencies across the board went wild after Musk’s little announcement on Twitter.

Broader crypto markets swelled fervently – Ethereum went up by 1.3%, Binance 1.24% and Bitcoin retained shape above $55,000. The lower market caps displayed the same vigor, and netizens on Twitter suggested that things will only get better from here.

Amazing!!! Great that would be​:raised_hands:

We can see Bitcoin taking over in the near future.

Yes this is so cool

Yes I agree.
Thankyou for commenting on my post.