The abused is now the abuser

“Was it really my fault?” the skirt asked,
“no it happened with me too” replied the burka(veil), the diaper in the corner couldn’t even speak and the bean bag gun shouted “but I’m a boy, I was told it’s safe for me outside”.
Pakistan, a country established on the name of Islam, a country where every citizen is proud of being Muslim and a country of clouded sins. As a girl, I have always heard and seen all the unjust and inequitable things done to women in our society and I’m a lot proud of myself and all the people who have now learned to stand against that injustice but what about the little angles? Who is to stand for them? Sadly no one.
The injustice towards women was the only thing I considered diabolical in Pakistan, until I came across a heart-rending documentary on real stories.
The documentary focuses on the city of Peshawar, situated in northwest of Pakistan, a city known among the locals for child labour. 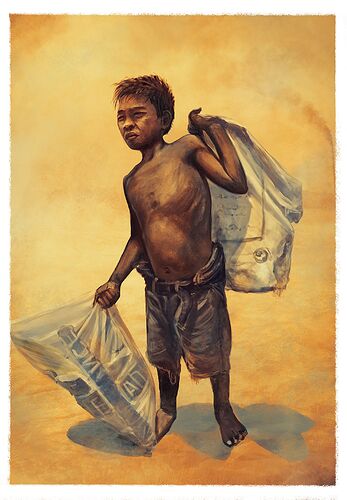 image2000×2877 656 KB
It is estimated that over 4 million children in Pakistan are forced to work for bread and butter and almost one and a half million of them are homeless, who among all chooses the bus terminals of Peshawar as their homes, but there is more to the shameful streets of Peshawar than just child labour.
Travelling through these areas there is one thing we all have noticed that usually with the driver of a bus, along with bus’s conductor there is also a little bit and we consider that a very normal form of child labour but what only a few of us know and too many of them is that those innocent poor kids actually serves as sex slaves. Yes, you heard me right, the bus driver and the local workers works so hard that it’s almost impossible for them to go home on daily basis, so they prey on little kids who are in the need of just some food just to fulfil their desires and there is nothing wrong in that, right? as they are man and they have desires. Sometimes the boys are forced into it and other times they just submit themselves to those monsters for a single loaf of bread. 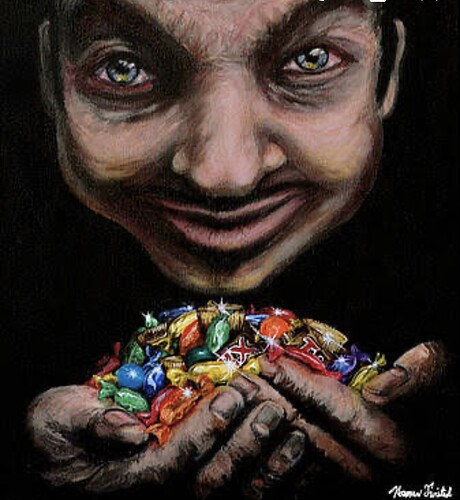 image1125×1222 265 KB
Naeem, a 12 year old boy who ran away from his home, currently lives at the streets of Peshawar and call that city a place of paedophiles, he was offered drugs on his first night at streets and he is a addict now. He said at first he was molested and offered something in return but now when he has no money for drugs or food, he spend nights with bus drivers even though he hates to admit it but that’s how he earns, not only Naeem but almost all the kids there are involved in street prostitution.
The most depressing thing is that it’s so normal there, those monsters are proudly admitting on how they steal the innocence of kids and count the numbers as it’s some sort of a race, where you win if you score more. And none of these people find it wrong, to them it’s important to fulfil their desires than anything else and nobody bothers to point that out, this literally shows where we are heading as a country, when a celebrity is in news for days just because he made a appearance at some local place and where all of us are more than ready to pass comments on Aurat March but like always we choose to leave the actual problems unseen and unheard until a foreign country throws our country’s problems at our faces.
The effects of this carelessness are obvious in front of our eyes at the guy Naeem, who was brutally abused all his childhood and couldn’t do anything because he needed things in return admitted that how even after knowing the pain of child abusing also abused a little boy one.
Not surprisingly enough the abused is now the abuser and more of them are yet to born and it’s so called “normal” in our country.
The link to the documentary is given below, read this, watch that and make sure to give your views.https://youtu.be/NMp2wm0VMUs
2 Likes
anusha_raja March 16, 2021, 3:05pm #2

Excellent work…
Keep it up👍

That’s a really catchy topic. I would admit I was drawn by the choice of words for your title. It is indeed a really sad truth about our society. We don’t talk about stuff, which needs genuine attention. Rather we talk about celebrities, their lifestyle and if not this then hum chugli karte gibat karte bohtan lagate. We are no better than those pedophiles who make those kids their prey.
I just find the the grammatical mistakes a bit annoying cause they divert the attention of the reader and make them loose focus of the message of the content.
Nice try for first article👌

Thanks a lot for your honest comments, actually this is my first article and I’m just 16 years old so still learning but I really wanted to illustrate this topic as soon as possible.

It’s really admirable! appreciate what you did.Thank you for always speaking up on such burning issues. In my opinion Neglect is the most common form of child abuse. our fault here is that we neglect these issues only few days they remain trending on social media.
i totally agree with the topic because children learn by watching adults!

Exactly, it’s the high time we speak about all this, thanks a lot for your appreciation.