The appearance of our beloved Prophet Muhammad ﷺ 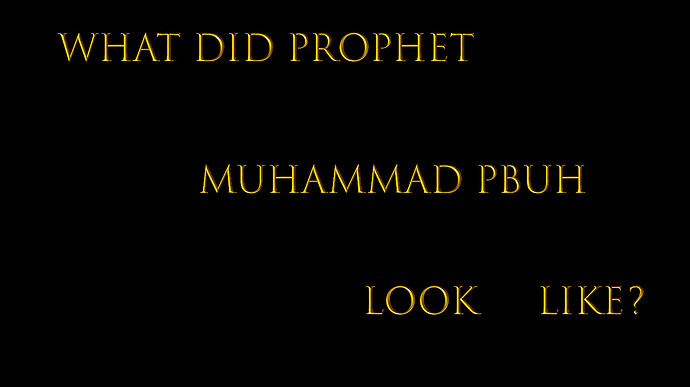 For Muslims, the most beloved and the most important man in their lives is Prophet Muhammad (ﷺ), undoubtedly the paramount of character and nobility in all walks of life. But, what did he look like?
According to the book Muhammad by Martin Lings, when Prophet Muhammad (ﷺ) was of 25 years of age;

“He (ﷺ) was of medium stature, inclined to slimness, with a large head, broad shoulders and the rest of his body perfectly proportioned. His (ﷺ) hair and beard were thick and black, not altogether straight but slightly curled. His (ﷺ) hair reached midway between the lobes of his ears and shoulders, and his (ﷺ) beard was of a length to match. He (ﷺ) had a noble breadth of forehead and the ovals of his (ﷺ) large eyes were wide, with exceptionally long lashes and extensive eyebrows, slightly arched but not joined. In most of the earliest descriptions his (ﷺ) eyes are said to have been black, but according to one or two, they were brown or even light brown. His (ﷺ) nose was aquiline and his (ﷺ) mouth was wide and finely shaped- a comeliness always visible for although he (ﷺ) let his beard grow, he (ﷺ) never allowed the hair of his moustache to protrude over his upper lip. His (ﷺ) skin was white, but tanned by the sun. In addition to his (ﷺ) natural beauty there was a light on his (ﷺ) face and this light was apparent on his (ﷺ) broad forehead, and in his (ﷺ) eyes, which were remarkably luminous.”