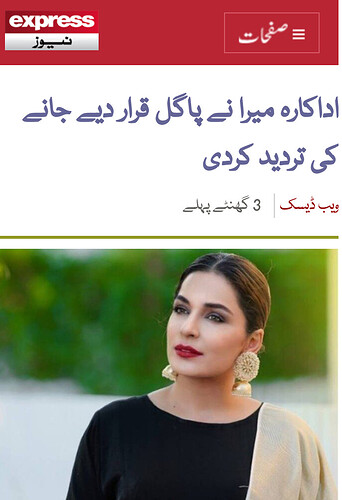 In the interview which she has given to a social website, she strongly rejected that fake news, while she stated that,

“There is not authenticity in this sort of news that the united states have affirmed her insane and she is hospitalize. It was just rumors” .

She accepted that “ her mother’s words were factual, that I was crying at that time when I was on the call with her but, the reason is my mobile phone had snatched”

She said that “ my mother misunderstood my words and I’ll come soon and inform my fans that I’m fine”.

It should be clear that lately a video has been viral which was by her mother and in that video , she informed us that

“ Meera was crying on the call and she constantly said that they have admitted her as a mental patient”.

We shouldn’t make light of it. There’s already a stigma attached to mental health and disorders, we’re only making it worse.

I just want to share the news that’s it

I know that you didn’t mean any ill intentions, was just referring to those making fun of her plight.