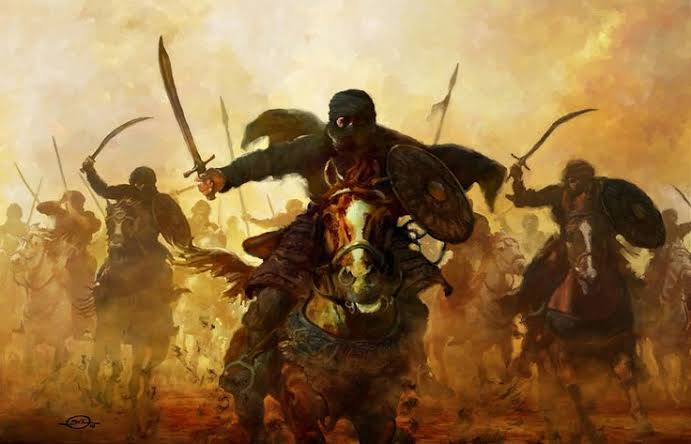 images (60)691×444 30 KB
Before the advent of Islam Arabs used to treat women inferiorly. Whenever a female child was born, they used to bury her alive. They thought that the women bring misfortune and shame to the society. They just considered women as an object without legal capacity that could be sold, bought and exchanged. From this position of inferiority and legal incapacity, Islam raised women to a position of influence and prestige in family and society.
Nusaybah Bint Ka’ab Al Maziniyyah was one of those who embraced Islam in the early days of revelation. She was from madina and belonged to Banu najjar. she was the sister of Abdullah bin Ka’ab and the mother of Abdullah and Habib ibn Zayd al-Ansari. In the battle of Uhad Nusaybah and many other women brought water to thirsty fighters and tended to the wounded soldiers. But when archers betrayed Rasulallah SAW and the victory started to transform into defeat she sprung into action with her sword and bow in hand. Umar bin Al-Khattab said that the Prophet once told him that in the Battle of Uhud, wherever he turned, whether to the right or to the left, he saw Umm ‘Umarah (Nusaybah) fighting to defend him. Nusaybah received many wounds in the battle herself. The Prophet saw this. He called to her son, “Your mother! Your mother! See to her wounds, may Allah bless you and your household! Your mother has fought better than so-and-so.” When Nusaybah heard what the Prophet said, she said, “Pray to Allah that we may accompany you in Paradise.” He said, “O Allah, make them my companions in Paradise.” She said, “I do not care what befalls me in this world.”

Another story of her courage was told by her son ‘Umarah, who was wounded in the battle. It is recorded that after bandaging her son’s wounds, Nusaybah personally took revenge on the enemy who had inflicted the harm.
She was also present on a number of other occasions, including the Treaty of Aqabah, Hudaybiyah, as well as the battles of Khaybar, and Hunayn. Under the leadership of Abu Bakr, she fought brilliantly at Al-Yamamah, receiving 11 wounds and also losing her hand (at this time she was 60 years old!).
She was not only brave on the battlefield, but also in her efforts as an advocate for Muslim women. She asked Prophet Mohammad (SAW) why the Qur’an only mentioned men and not women. Soon thereafter, following Ayah of Surah Al-Ahzab was revealed:
“Indeed, the Muslim men and Muslim women, the believing men and believing women, the obedient men and obedient women, the truthful men and truthful women, the patient men and patient women, the humble men and humble women, the charitable men and charitable women, the fasting men and fasting women, the men who guard their private parts and the women who do so, and the men who remember Allah often and the women who do so - for them Allah has prepared forgiveness and a great reward.” (Surah al-Ahzab 33:35)
Nusaybah died in the 13th Hijri year and was buried in Al Baqi in Makkah. Her legacy is a evidence of the strength and courage of Muslim women. These stories also serve to dispel the misconception that Islam is either oppressive or disrespectful of women. We have enough examples of such courageous amd inspiring women in our history.
Alhumdulillah for being a Muslim and belonging to such a great religion which gives practical examples for each and every aspect of life.

One of Best article

Alhumdulillah… And still some people think that Islam opresses women

These people have no knowledge of islam.