The Island of Dolls is Haunted?

The world is filled with numerous gorgeous places that draws the people attention with their beauty to visit them for at least once during a lifetime. However, there are some spooky places to explore which will send a chill right down to your spine. These creepy places often keep us frightened with their mysterious histories. Are you able to step into these haunted places if you dare?. On behalf of me ,“never.” The Island of Dolls is one of them.

What is that the Island of Dolls?

The Island of Dolls known as La Isla de las Munecas is an island crammed with hundred of hanging,decomposing, decapitated dolls. It’s located on the Teshuilo Lake,in the canals of Xochimilco,on of the 16 boroughs of Mexico City .This Island isn’t a natural island but a man-made one. 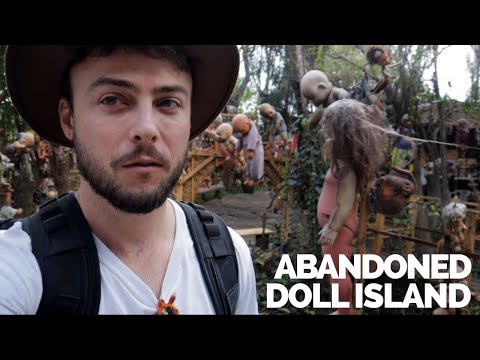 How this Creepy Island Was Created?

In the 1950s, there was a man by the name of Julian Santana Barrera, who left his family and moved to the island to measure in solitude. While being there, he was allegedly haunted by the ghost of the small girl who drowned within the nearby canal. He claimed to have heard the tormented cries of female child and decided to try to do something so as to appease the spirit of that tiny girl. He found a doll floating within the canal (may it have been belonged to that girl) and he kept it with himself as a symbol from the girl’s spirit.

Reason Behind Numerous Dolls Placed on the Island

Santana Barrera fished the doll out of the water and hung it on a tree as a symbol of reference to the dead girl. He didn’t stop there and continued to gather dolls for his Island. Moreover, he’s said to have traded with locals. In exchange for his dolls,he gave them agricultural produce he was growing on his Island. 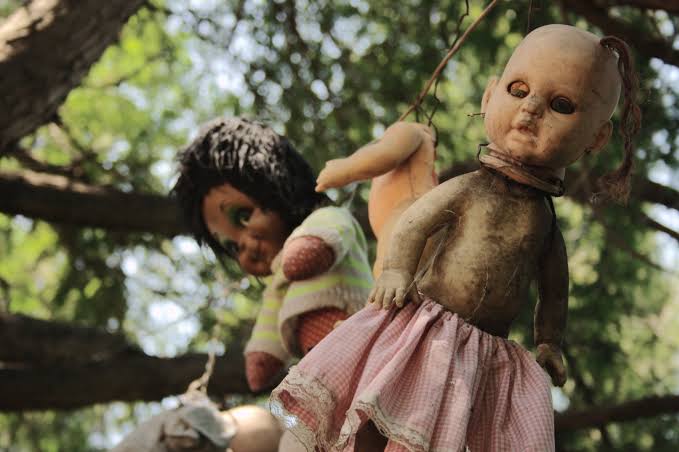 Julian Santana Barrera died in 2001. According to some reports, he died of a heart attack . But the more common claim is that he drowned within the same area where he believed the small girl had died. (Freaky, huh?)

Is The Island of Dolls Haunted?

The visitors have allegedly experienced paranormal happenings. It’s said that after dark the dolls talk to each other. Additionally to the present , locals claim that the dolls will move around and switch their heads to stare at passerby.

The Island Has Become A Tourist Attraction

The Island has been featured in the articles and tv programs making it famous. The Island of Dolls now has become a tourist attraction today and people who visit the Island often leave their dolls there, which is, a continuation of Santana Barrera’s work while he was still alive. The visitors of the Island of dolls have different stories to tell . Some believe that it’s haunted while others don’t. What you guyz think of it? 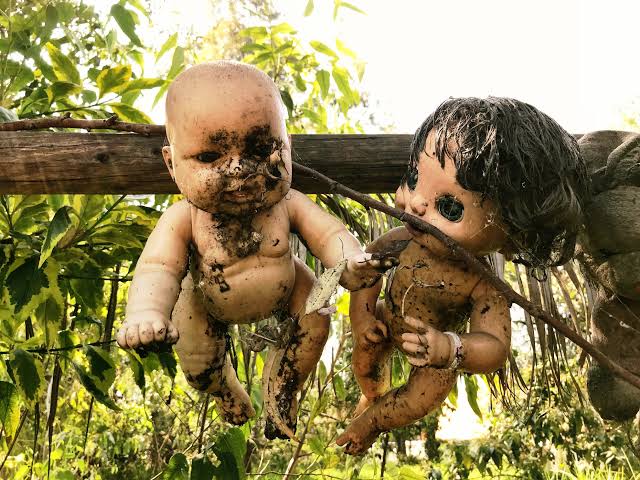 Yeah Fatima, it’s very creepy and horrible place,i think you should visit it…

Maybe I shall once I grow up

Oh!!brave girl you are i appreciate you!

I think yes it is real

That is a freaky kinda information you got from somewhere

I don’t think souls/demons can possess non living things so the dolls are not haunted. It could be the delusions of the people living there cause they have this knowledge ( may be fear) in the back of their minds that some girl died there and some man used to do a-not-so-normal-act of gathering dolls, so they now so firmly believe in this whole situation that they imagine such things.
The pictures are scary and make your content awkwardly attractive so well done!

I even don’t believe but…i think it’s real (may be ),there I have given a link so you can know more about it.

Well,in my opinion I think it might be real coz I read it deeply form the given link that you added in your article. But it is written very well and is appreciatable❤️

I too believe it is real…

OMG!!!it’s very very scary I wish I get a chance to visit this Island in future